"Ouch! Every time I use my battery charger to charge my phone, it gets hot to the touch when it's plugged in for a while. This is often accompanied by the heating up of my phone. Why does this happen? Is this normal? Can this cause damage to the phone battery?"

It isn't surprising if you also encounter this problem. Instead, you're not alone. In fact, when charging the battery of mobile phones, tablets, and even laptops, battery chargers especially those for Li-Ion batteries will inevitably heat up and even make the charged devices get hot. When facing this situation, many people will be afraid if it can cause burning or damage to their devices.

Is it normal for a battery charger to get hot during the charge? Can it cause any damage to the phone battery? Well, take it easy. In order to better explore the questions, we'll first discuss the reason why your battery charger and even your phone warm up during the charge. Then the article will keep exploring the main questions and will also give you some tips on how to reduce the damage to your phone battery. Keep reading. 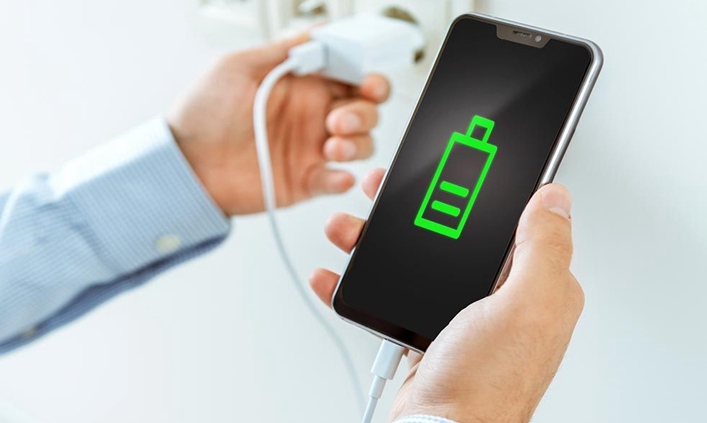 How Do You Cool Down an Overheated Phone?
USB Cable or Adapter: Why is Your Fast Charger not Fast Charging
GaN VS Normal Battery Charger: See How They Differ
What Is GaN Charger? Exploring the New Charging Tech
Tips on How to Select A Good Data Cable for Your Mobile Phone
Can You Use a New 30W USB C Power Adapter for All Apple Devices and Why?

Why Does Your Battery Charger Heat up When Charging Your Phone

Before discussing why a battery charger heats up when charging a mobile phone, having a understanding of how a charger works is helpful.

How Does A Battery Charger Work

Just like a battery that gives you power to operate your phone or any other mobile device, a battery charger gives the battery power to make it work regularly. Essentially, a battery charger works by transmitting electric current to batteries for a period of time in the hope that the cells (power-generating compartments) inside of the batteries can maintain the energy passing through them.

More specifically, reversed to the battery's working which converts chemical energy stored in it to electrical power to give the power to devices, a battery charger carries electric current through the battery by converting the electric power to the chemical energy which is used to regenerate the run-out electrolyte inside of a battery. 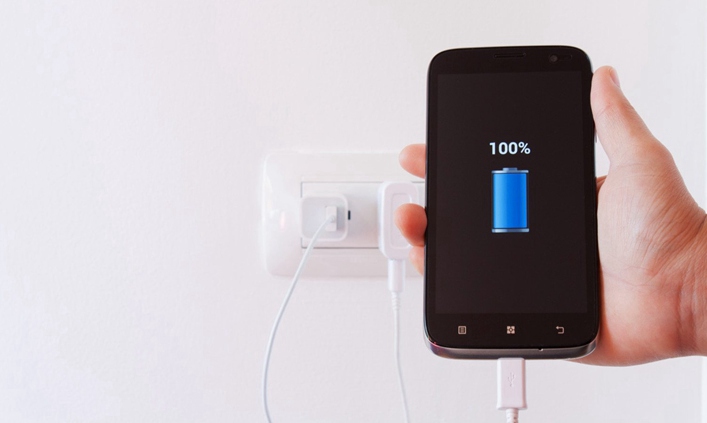 That being said, a battery charger charges a mobile phone by transmitting electric current for a period of time. But why does the charger get hot during the charging process?

Well, the vast majority of causes rest in a process occurring inside of a charger which is specific to charging - voltage and current conversion. This kind of process refers to the conversion of low voltage to high and the conversion of alternating current (AC) to direct current (DC).

Due to the fact that most mobile phones and other electronic devices only support low-voltage direct current which can ensure consumer safety while the normal current from the socket for home use is high-voltage alternating current, there is a need for voltage and current conversion.

However, the conversion process certainly causes some energy losses since the conversion efficiency cannot up to 100 percent. Generally, when converting the alternating current to direct current, a normal battery charger is capable of transmitting around 70% of electric current, while the other 30% is converted to heat energy and is diffused. This is what causes the heating up of your battery charger when it's charging your phone.

Given that the conversion from high-voltage AC to low-voltage DC during the charge isn't 100% efficient, it's normal for phone battery chargers to have standard warming-up when charging mobile phones.

Nevertheless, not all heating cases are normal and are of no concern. In addition to the conversion efficiency, there are still a large number of causes for heating up battery charger during the phone charge. And it's worth noting that heating has to be moderate. Overheating which is nearer to reach burning temperatures point has much higher risk in burning.

That said, if you have your battery charger warm up while charging your phone, this could be a sign of something serious rather than a normal phenomenon. Hence, every time you find that your battery charger gets hot, you should try to figure out the cause in order to lower the risk of burning of your charger and your phone.

In addition to the normal phenomenon, here are some of the major reasons why your battery charger gets hot as you use it for charging:

Hence, if your battery charger always gets very hot during a charge, check to see if it's compatible to your device. If it isn't, replace it with a new one that is well compatible.

If your battery charger is in a very high temperature every time you use it to charge your phone, the problem could be that the charger is cheaply made and comes with no strict safety precautions. Some third-party battery chargers in very cheap price may not go through strict electrical evaluation and may be made without proper safety precautions, which makes them prone to potential risk.

* Placing the Charger and Charged Device on Heat Traps 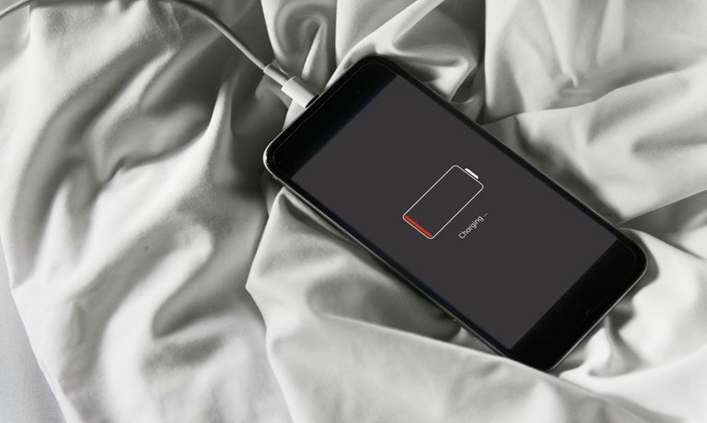 Can A Hot Battery Charger Cause Damage to Phone Battery

Well, this depends on the level of the heat. Normally, if the battery charger has standard moderate warming-up when charging a mobile phone or any other electronic device (caused by the normal energy diffusion from voltage conversion), it should have little effect on the phone battery. Otherwise, abnormal increase in temperature of a battery charger during a charge can cause permanent damage to the phone battery..

This is because, on the one hand, batteries of mobile phones or other electronic devices contain fluids and work through chemical reactions. When the heat is transferred from a battery charger along a charging cable to a device, the fluid inside of the device battery evaporates through chemical reactions, which causes damage to the internal structure of the battery. Improper internal structure makes the battery to charge much faster, leading to electrolytes loss and in turn decreasing long-term battery life.

On the other hand, when the battery charger heats up, the heat can be applied to the connected phone, making the electrons within the battery excited. Excited electrons can push the chemical reactions inside of the battery to occur faster, which can over time reduce long-term battery life. 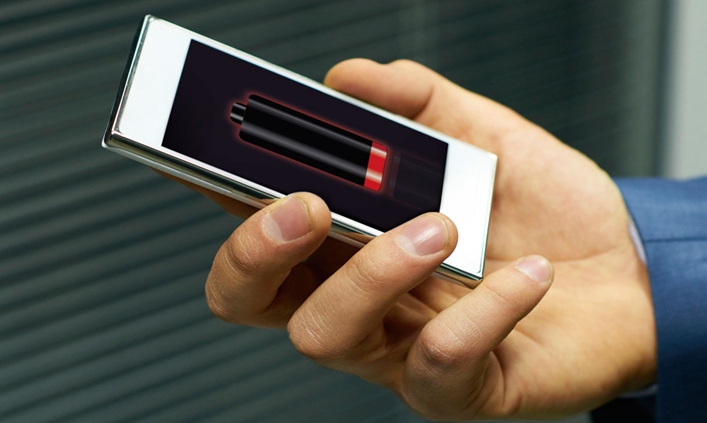 How to Reduce Battery Damage Caused by Heat During A Charge

In fact, when charging a mobile phone or any other electronic device, there will be some heat inevitably diffusing from either a battery charger or the connected device. That being said, heating-up is unavoidable.

However, in addition to the standard warming-up of the battery charger which doesn't cause damage to the phone battery, other causes of making battery temperature increase can mess up battery life permanently. Hence, every time you charge your phone, you should try to reduce heat produced in order to reduce damage to your phone battery. Let's run down some proper tips which are useful for reducing battery damage during a charge.

Turn off Phone Screen and Turn on Airplane Mode

Turning on Airplane Mode stops your phone from seeking out and using networks but still allows you to use your phone, which can reduce heat from your phone and in turn reduce damage to phone battery. To turn Airplane Mode on, simply go to Settings and enable it. 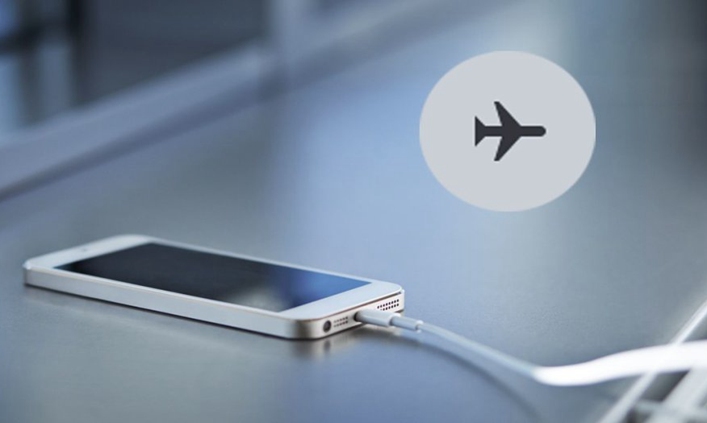 Overcharging your phone can also cause damage to the phone battery and more seriously to your phone itself. This is because, on the one hand, charging a battery beyond its capacity can build up too much internal heat to the battery, which can degrade battery life over time. On the other hand, overcharging a phone can make the battery become overheat, increasing the risk of phone burning.

Hence, don't overcharge your battery. Once your phone is fully charged, charging should stop immediately.

Do Not Use Low-quality Power Bank

The majority of mobile phones require a battery charger or a power bank to distribute an output voltage of around 5V. However, many power banks especially those in low quality provide a lower or higher voltage than what's needed to charge your phone.

Matching a lower or higher voltage when charging your phone can cause serious damage to the battery life of your phone. Therefore, if you need to use a power bank instead of a wall battery charger to charge your phone, you should choose one which is in high quality and can provide the voltage that's required to charge your mobile phone.

You Can Also Check:

Does Power Bank Really Hurt Cell Phone Battery
How to Charge a Power Bank and What is the Precaution for Use
How to Pick the Best Power Bank for Smartphone? 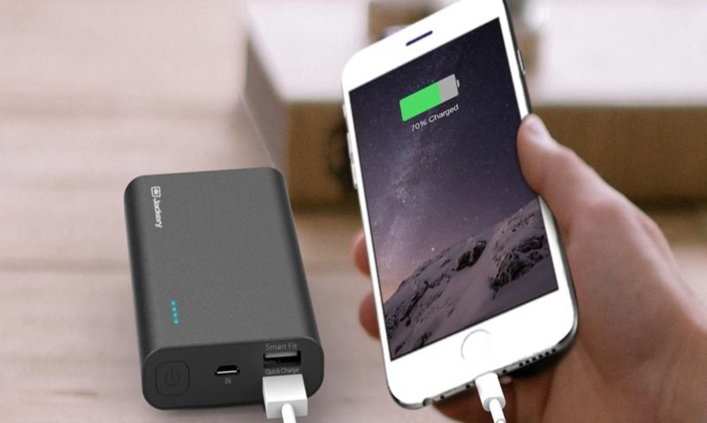 Use Wireless Charger As Little As Possible

Wireless charger, as a new kind of charging technology, is indeed cable-free and brings users a lot of convenience. However, it can also be the cause of damage to the phone battery lifespan.

This is because wireless charging produces greater power loss. The power can be further converted into heat gathering on the place of the charging board where the mobile phone is placed, which can damage the battery over time. Thus, use wireless charger as little as possible. 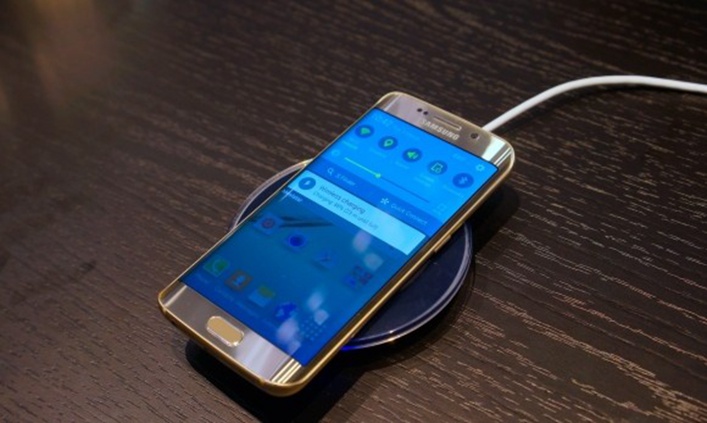 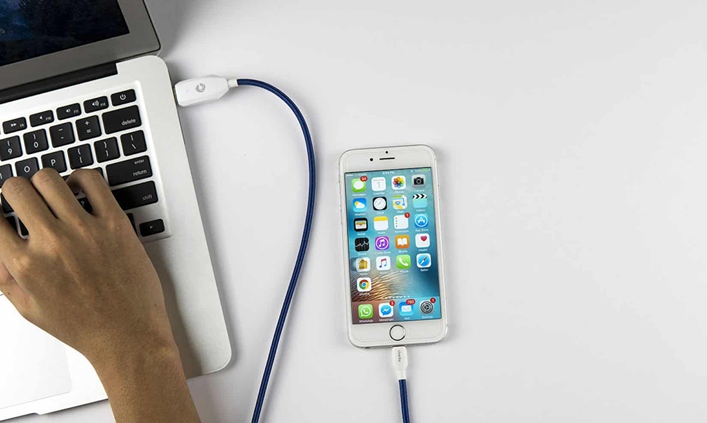 Charge Your Phone in Well-ventilated Environment

Now everything is clear! Normally, due to the fact that the voltage and current conversion isn't 100% efficient, it's normal for a battery charger to have standard heating-up when charging a mobile phone.

However, a hot battery charger isn't always of no concern. For heating cases caused by an incompatible or cheaply made charger, phone malfunction or improper position, the hot battery charger can cause damage to the phone battery. Since the heat isn't avoidable during a charge, you should try to reduce the heat produced from both your charger and your phone to reduce the damage to your phone battery.