It seems that the vast majority of the public have never known about GaN (gallium nitride), but it's rapidly becoming a new charging technology in the consumer electronics field. As the demand for fast charging grows increasingly, more and more smartphone manufacturers introduce their GaN chargers.

With more and more GaN chargers are on the way, the new GaN charging technology is here and is making things better. It's likely that this new charging technology will emerge in your next smartphone or laptop charger. Nevertheless, you may be still ignorant of this brand-new alternative to silicon charger.

You may have a number of doubts about the GaN charger. What is it? Why can it be the new alternative to silicon charger? Is it the right charger that can be picked as your next smartphone charger? Well, take it easy. Here's the answers. Just continue to read. 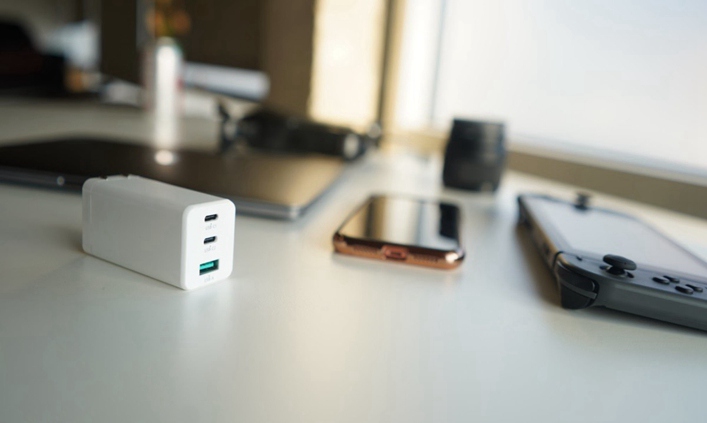 You May Also Take Interest in:

5 Simple Tips for Charge Your Smartphone Faster
Wireless Cell Phone Charger: Is It Bad For Battery?
Does The Phone Charging Speed Depend on The USB Socket or Data Cable?
How to Charge a Power Bank and What is the Precaution for Use
How to Pick the Best Power Bank for Smartphone?

Gallium nitride, short for GaN, is a binary chemical compound whose molecule is composed of one atom of Gallium (III-group, Z=31) and one of Nitrogen (V-group, Z=7). This compound whose family is the same as silicon, the most popular semiconductor material, has semiconductor properties, which makes it prominent since the 1990s through the manufacture of electronic components utilizing GaN including diodes in LEDs, transistors as well as amplifiers.

Today, the major spaces in which the GaN is promising are 5G radio, power supply techs as well as fast charging accessories (ultra-fast chargers). It seems that the GaN is gradually replacing the current prevalent semiconductor material silicon in terms of power levels and charging efficiency. 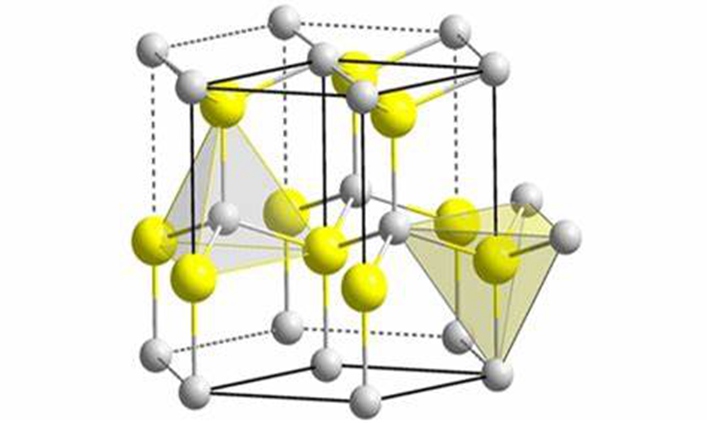 GaN Is A Superior Semiconductor Alternative to Silicon

Today, with the increasing pursuit of ultra-fast power supply and charging, GaN is gradually becoming a new semiconducting alternative on electronics superior to silicon. But why? Well, it all boils down to power efficiency.

And the reason why GaN-based electronics have higher power efficiency than silicon-based ones lies in the wider bandgap the GaN has. All semiconductor materials have what is named a bandgap. A bandgap is an energy range which measures how easy a solid material can let energy to pass through. Simply but, a wider bandgap means that a solid material can conduct more electricity in a faster speed.

What Are the Advantages of GaN Charger

Since the GaN semiconductor material has many benefits over the silicon one on power efficiency, more and more smartphone companies prefer to introduce GaN-based charger. Then when it comes to the GaN charger, what advantages does the GaN bring to the charger than the silicon one? Here's the main merits that make the GaN charger outperforms:

As mentioned earlier, GaN has a wider bandgap which makes it able to conduct higher voltages than silicon. This also makes the GaN-based charger own the property of transferring current more efficiently. That is, the GaN charger using GaN material can conduct more power from the charger to the device in a faster speed.

According to the related survey, GaN is able to transfer electrons 1,000 times more efficiently than silicon. Therefore, with a GaN charger, you don't need to wait for your smartphone or laptop to charge for hours anymore.

The capability of providing higher power transferring frequency also makes the GaN rise to prominence in the field of fast wireless power charging. 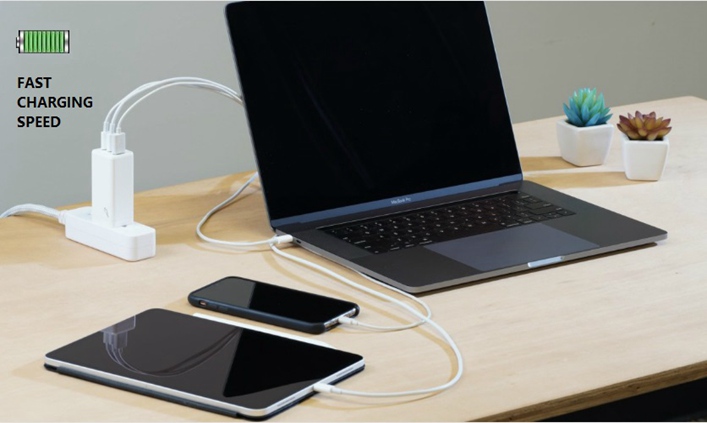 As the demand for faster charging increases, many companies have introduced 30W and 40W silicon chargers and are evening pushing chargers with 60W power. However, higher power on the current silicon-based chargers means much larger power bricks than their small lower-power predecessors. This makes them less portable and more hard to carry, leading to burdensome travel.

Instead, the move to GaN material narrows the size of chargers, which makes the chargers more portable and easier to carry. The reason why GaN chargers can be designed physically smaller than the current silicon chargers rests in its capability of conducting far higher voltages.

Therefore, the chargers with GaN chips don't require as many components as the silicon-based ones but still conduct much more current. That being said, the higher the power efficiency the components can bring, the less the components are needed. 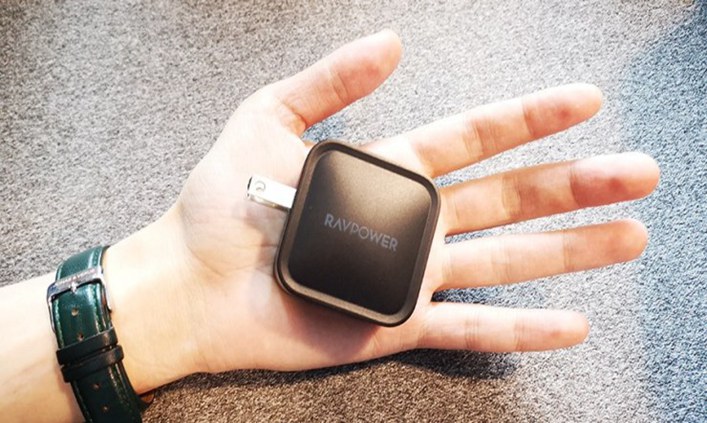 In recent years, in order to pursue faster charging speed, a great number of silicon-based chargers are innovatively introduced in more sizeable volume. However, the sizeable volume also makes more heat be produced and more electricity be wasted during charging, causing potential danger of burning.

By contrast, the move to the GaN charger ensures cooler and safer charging. This is because the GaN charger using GaN which has a wider bandgap is more efficient in power transfer, causing less energy to be remained in the charger and wasted in the form of heat. 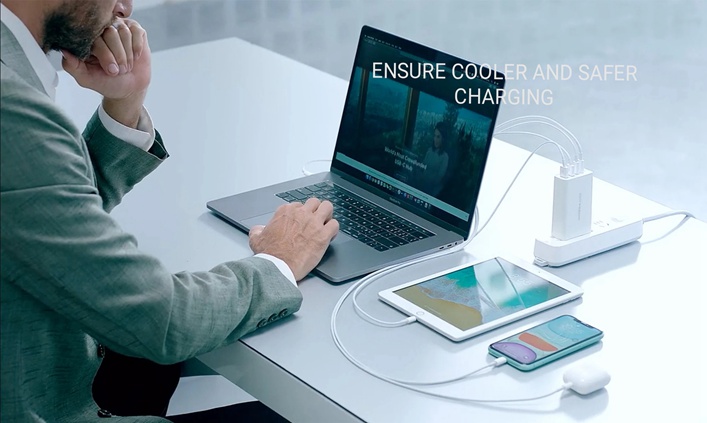 In short, the key to remember is that the chargers made of GaN can provide faster charging speed, higher power efficiency and better thermal efficiency all in a smaller size than traditional silicon chargers.

Is It Worthwhile to Buy One

Now you must have a clear picture of the GaN charger. Indeed, it is powered with so many advantages than the normal chargers made of silicon materials. However, for such a brand-new gadget, the biggest inadequacy it has is the higher price. What makes it expensive is the complexity in its manufacturing process, leading to higher manufacturing costs.

Unlike silicon which can be easily compounded by straightly pulling out the single monocrystalline from the original liquid silicon, the GaN is in gas state so it needs to be compounded by purely relying on the gas reaction. Therefore, in terms of manufacturing cost, the GaN charger is higher compared to the silicon one, which makes it more expensive.

Nevertheless, for such a kind of new charger, it's still worth purchasing as your next smartphone or laptop charger. Firstly, the GaN charger owns a number of powerful features such as offering faster and more efficient power charging, bringing tiny shape for more portable use and ensuring cooler and safer charging. So even though the price is higher, the charger is still value for money.

Besides, the prices of the majority of GaN chargers on the current market are normally around $30-$40 which is affordable for the vast majority of the public. At this point, the GaN charger is still worth a try. 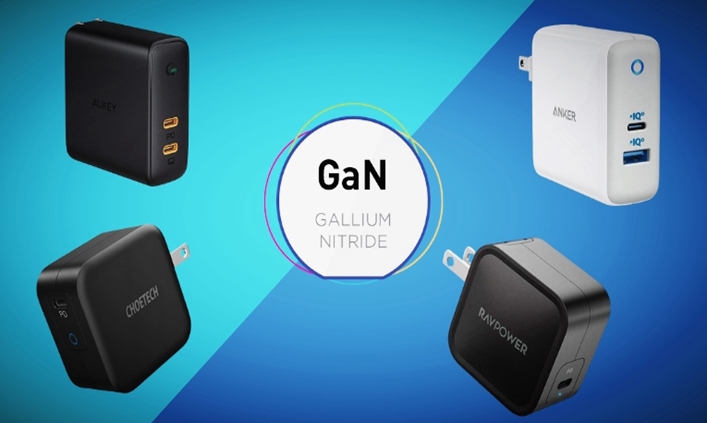 In short, GaN is becoming a new charging technology used in the GaN chargers to greatly enhance power efficiency. In fact, the GaN charger has already become a growing player in the fast charging space. After all, it's smaller, more power-efficient and safer than its predecessor.

Although its price is a bit higher, it's still worth being your next smartphone charger. So if you do decide to enjoy its charging benefits, give it a try.