More recently, you might have viewed or heard a lot about the probable release of the new Macs with Apple's custom ARM in 2021. In fact, just at the WWDC on 22 June, Apple has declared that it would make a transition from Intel x86 to custom ARM on the future Macs. This announcement, as it was made, has caused a great sensation among industries and the public.

It seems unsurprising that Apple will make such a transition on Macs since now Macs are the only Apple device which is still running Intel x86. All other Apple devices including iPhone, iPad, Apple Watch, AirPods as well as Apple TV are now custom ARM-based.

However, the question is - why is Apple switching from Intel x86 which have been used on Macs for over a decade to the ARM on the future Macs? Well, don't fret if you're wondering the question. As Apple's ARM transition starts to arise, in order to better follow the understanding of why Apple makes such a decision, the article will firstly explore what ARM means as well as its difference from Intel. Then it'll dive into the reasons why Apple will shift from Intel to ARM on Macs . Let's continue to check. 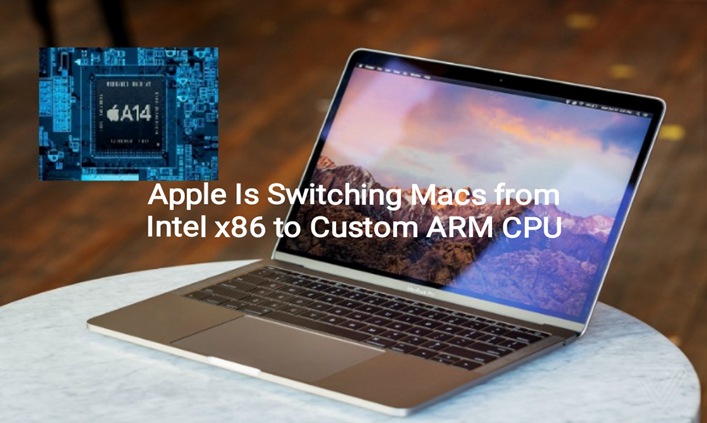 You May Also Read

What is CPU Core and is an Octa-Core Better than a Quad-Core
Here is Why Apple A13 Bionic Chipset Wins
What is Best Processor in Smartphone
Giving Up or Persistence Qualcomm? There is Forks in the Road!
Difference: Qualcomm Snapdragon 845 vs 835
MediaTek Helio P65: 12nm Process and Introduced in July
MediaTek vs Snapdragon: Which Processor Suits Your Values Better?

When it comes to what ARM means, it, in fact, has two meanings from two different levels. However, it's the former that creates or licenses the latter. Let's see what they mean:

When you see a discussion on the top largest supplier of microprocessor technology and the word ARM is being used, it refers to a company called ARM. ARM, short for Acorn RISC Machine, is a British company that develops and designs its own set of processors.

It's now the leading processor technology supplier whose major operating mode is to license out its ARM instruction set architecture (a method telling a processor how to recognize and execute code on a particular processing unit) that allows other companies to build their custom CPU cores implementing ARM instruction set. You can see Qualcomm's Snapdragon, MediaTek's Helio P65, iPhone 11's A13 Bionic chip and Huawei's Kirin are all custom ARM CPU cores whose instruction set architectures are licensed out from the ARM company.

When you view a discussion on particular CPU cores and the word ARM is applied, it stands for the CPU architecture which is developed by the ARM company. The so-called ARM processors are CPU cores which are built by scores of different companies based on the ARM architecture.

Instruction Set:
The total set of all the instructions in machine code which can be recognized and executed by a particular processor).

Nowadays, ARM has been the most ubiquitous CPU architecture which is licensed and utilized by almost all phone companies in modern mobile devices like smartphones and tablets and other consumer electronics such as smart watches, TV as well as earphones. Moreover, ARM is making its way into the PC market. You can see ARM-based Windows being introduced. You can also notice that Apple's new Mac running its custom ARM CPU is upcoming. 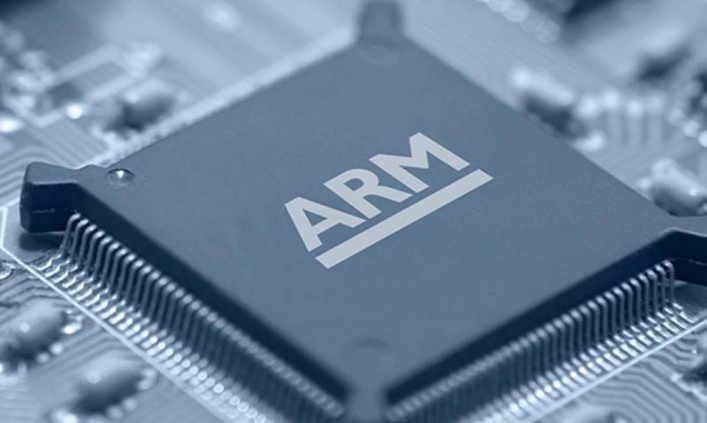 Intel is also the ubiquitous CPU architecture which is particularly used in a great number of different CPU cores especially the Intel x86. ARM and Intel are today's two major CPU architectures used by all smartphones and many of the PCs. Prior to the exploration of why Apple is poised to replace the Intel x86 with the custom ARM processor, it's of great necessity to make a comparison between the ARM and the Intel CPU cores. Let's see their difference:

ARM's RISC instruction set offers simple instructions scattered in multiple lines, each of which is executed in one compute cycle. Intel's CISC, by comparison, is a single line complex instruction which offers many more instructions, many of which execute multiple tasks. 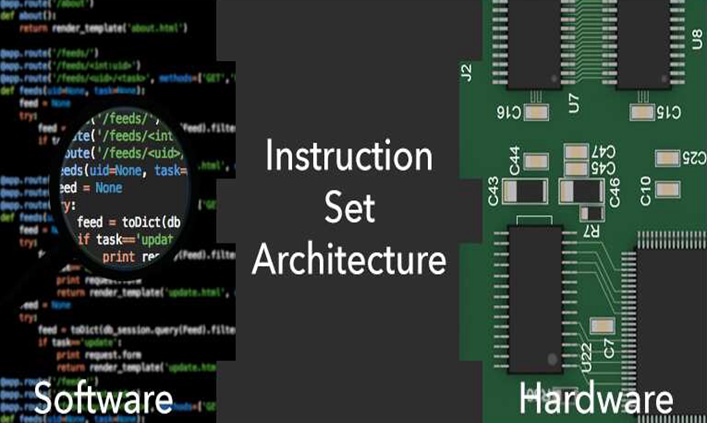 In terms of processor performance, it's inadvisable to allege which one is better. However, due to the complex one line instructions, the Intel does do a good job in improving performance as well as compatibility with power-hungry desktop and laptop CPUs. Nevertheless, decoding the complex instructions consumes more power and hence reduces power efficiency.

Different from the Intel, the ARM processors using simple RISC instruction set keep energy wastage to a minimum. Also, due to the simple instruction set, they need fewer transistors, which allows for smaller integrated circuitry. All these bring high power efficiency for ARM processors.

There is another important difference between ARM and Intel CPU cores - the way they are granted. Intel CPU cores are developed and manufactured under the fully control of the Intel company itself and then are directly sold to other companies. ARM CPU cores, by comparison, are mainly tailored by the licensees based on the ARM CPU architecture the ARM company licenses out.

In fact, compared with Intel CPU cores which are directly sold by the Intel company, custom ARM CPUs built by the particular companies can lead to good results such as high performance if they are built correctly.

Another difference between these two types of CPU cores rests in one unique feature ARM architecture has - heterogeneous computing. This feature makes the ARM architecture include both FPGA-style programmable logic and software-programmable engines, which greatly allows for enhancing user flexibility to implement wanted functionality and platforms in hardware, software or a combination of both. Applications like machine learning, deep learning and 5G wireless will benefit from this new feature of ARM architecture.

Also, since it allows different CPU parts to work together, heterogeneous computing can improve the performance of the ARM CPU cores. Moreover, this feature is particularly helpful for keeping TDP (Thermal Design Power) low for mobile applications, which can lead to high power efficiency of ARM CPUs.

Intel CPU cores, by comparison, aren't powered with heterogeneous computing, making them incapable of matching ARM in terms of performance and efficiency,

Brief Sum-up of the ARM VS Intel Comparison

ARM and Intel CPU cores are different from an engineering standpoint and they do have their own strengths as well as weaknesses. However, it's worth noting that ARM has won out as the primary option for low power portable devices like smartphones for decades, while Intel is a comparatively new arrival to this field. Besides, ARM architecture is now making its way into laptops and other consumer electronic devices where high power efficiency is needed. 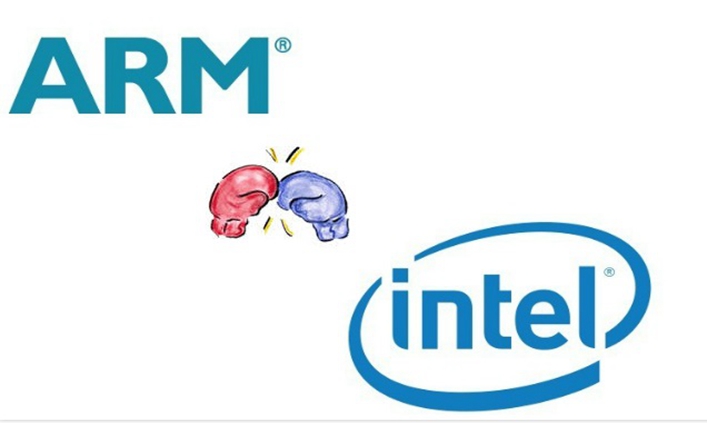 Apple's decision to switch the Macs CPU from Intel, the world's most ubiquitous CPU line for PCs to its custom ARM may seem radical, but there are indeed the key factors which make this decision irreversible. Now keep the above exploration of ARM as well as the comparison between ARM and Intel in mind to better understand the reasons why Apple is poised to make a transition to ARM on the future Macs.

On the one hand, since 2007 when iPhone 4 running A4 ARM chip was launched, Apple has been developing its custom ARM CPU cores for every newly-launched iPhone and even iPad, making it increase the strength of the in-house chip design team and the capability of optimizing its own ARM chips with extreme specificity. On the other hand, thanks to massive volumes of mobile device sales, now Apple has the vast capital to fuel in new project (shift to develop its own ARM CPU on the future Macs). 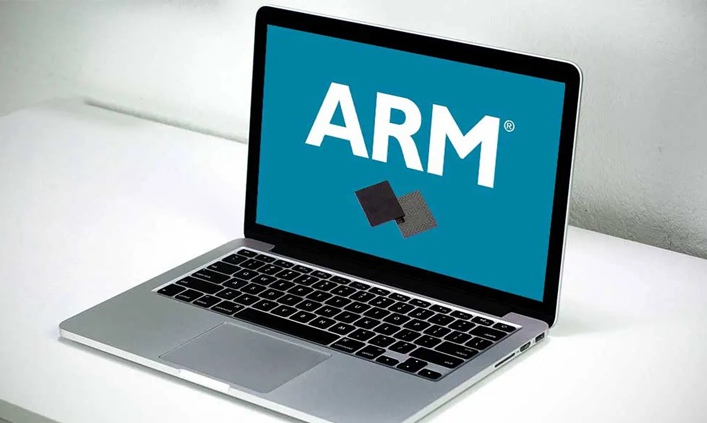 Intel's stagnation in PC processor technology is also part of the reason why Apple is making the transition to ARM for Macs CPU. Intel x86 was once the most popular CPU for PCs. But for several years now, Intel company hasn't made any breakthrough such as new jump in efficiency and computer power in x86 processor technology. 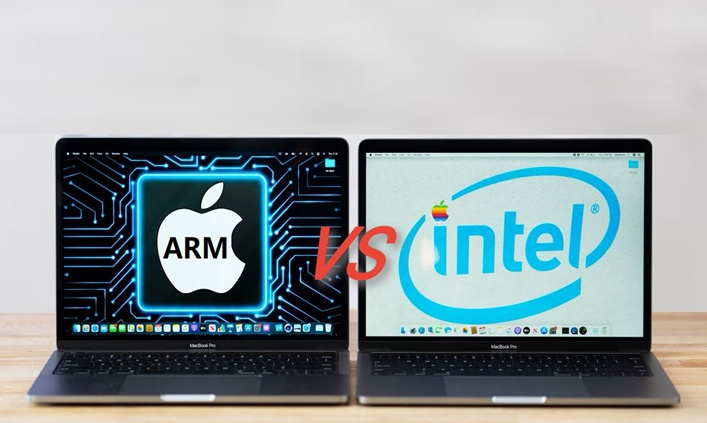 Apple is always persisting in integrating everything from components on a logic board to Apple devices like the iPhone, Macs, Apple Watch and AirPods to supply and distribution lines. That is, Apple is integrating supply of processor chips under its centralized control in order to create more customized features into its Apple devices.

Apple started to develop its own A-series ARM chips on iPhone and even iPad since it wanted to integrate the chip supply under its own control, rather than relying on Qualcomm. The Apple T1 ARM chip in the MacBook Pro and the T2 ARM chip in the iMac Pro also enable Apple to integrate the supply of the CPU cores, which brings powerful customized phone features like Touch ID, FaceTime as well as TouchBar. 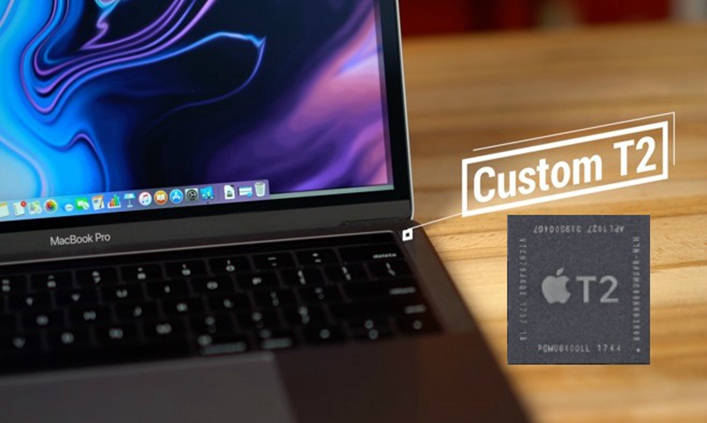 Apple Is Planning to Unify the OS on Different Apple Devices

Actually, it's the CPU architecture that makes the operating system work. That being said, if the CPU cores are based on the same CPU architecture, then the operating system can be unified. Now Mac is the only Apple device that is still using Intel x86 rather than using custom ARM CPU on which iOS runs. Hence, in order to unify the OS on different Apple devices, Mac needs to be moved on to Apple's custom ARM so that it can run on iOS. 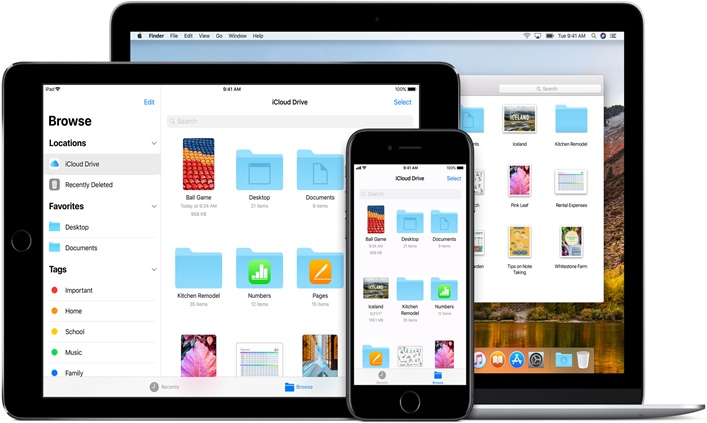 ARM to which Apple just officially confirmed to switch its Mac CPU from Intel is, in essence, a type of CPU architecture developed by ARM Holdings. This CPU architecture is the basis of a great number of ARM CPU cores in almost all smartphones and many laptops today. In the ARM VS Intel comparison, these two types of CPU cores are distinctly different in terms of instruction set, an engineering standpoint, performance as well as efficiency, which makes them both have their strengths and weaknesses. However, ARM is, certainly the primary architecture of choice for the portable devices industry like smartphones for the predictable future.

Apple's decision to make a transition to custom ARM for Macs is, in fact, unavoidable due to its capability of custom-ARM development and investment, its pursuit of integrating supply and unifying OS as well as Intel's stagnation in PC processor. Anyway, let's be excited to see Apple's next era of the Mac running its custom ARM CPU.