Today, although the tablet market becomes saturated, the iPad, as one of the most popular tablets available, still leads the way in sales. With the powerful features of portability, simplicity, multitouch screen as well as the capability of holding up to 64 gigabytes apps, the iPad is being bought by more and more customers as their phones or laptops alternative.

Nevertheless, when making the first purchase of the iPad, the majority of prospective people are all at sea as to how to choose the right model since there are two iPad models currently available - WLAN and Cellular respectively. Of course, they cannot make the right decision easily when they even have nothing about the two iPad models.

Don't be fretful if you are also one of them who intend to buy the iPad for the very first time but aren't familiar with the lingo and don't know which model you should choose. This article is going to introduce the WLAN iPad and the cellular iPad, make comparisons of these two models and then provide some useful buying tips for you. After that, you can decide which model you should choose seamlessly. 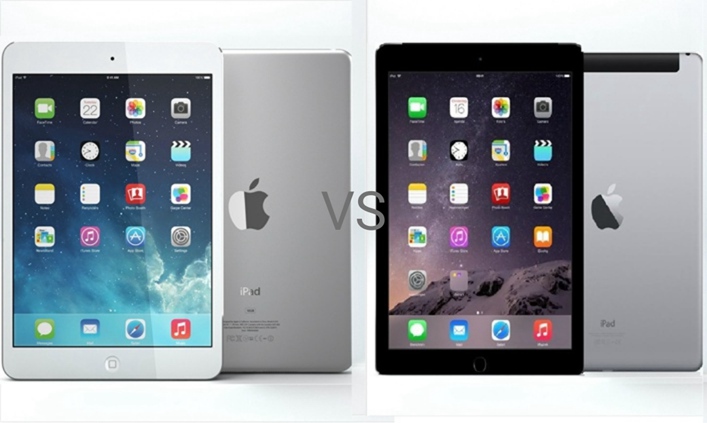 What Is WLAN iPad

WLAN iPad, also called WiFi-only iPad, only supports connecting to the Internet for searching and downloading via the connection to an available WiFi network. That said, unlike the iPhone, the WLAN iPad cannot allow you to use it for doing online activities on cellular network plan. It can only hook up to the Internet when there is a WiFi network available.

What is Cellular iPad

What Are Their Differences

In terms of outer design, physically, the two iPad models look almost identical. However, there is one noticeable difference which lies in their back. If there is a thick black or white rubber band that overlays the top of the back of the iPad, the iPad is a cellular one. If there isn't, you can quickly tell that this is a WLAN iPad (WiFi only).

The reason why the iPad with cellular has the additional black band on the top of the back is that it needs a tool to receive the 3G/4G radio signal from the ISP. The black band is actually a case in which there is a modem with antennae for receiving the radio signal. 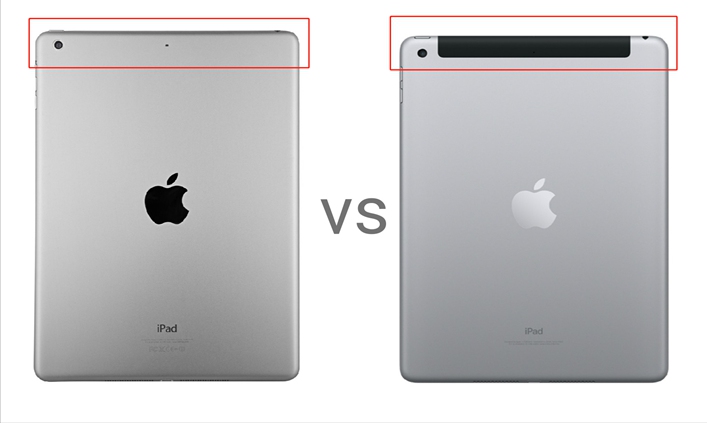 As mentioned earlier, the biggest difference between the WLAN iPad and the cellular iPad lies in the connectivity to the Internet. But why can the cellular model be connected to the cellular Internet with cellular data plan while the WLAN model can't?

Even with a valid SIM card, the iPad with cellular cannot make normal phone calls with the reliance on the cellular data plan like a cellphone. However, you can use apps like Skype or What's App to take calls over mobile data network. 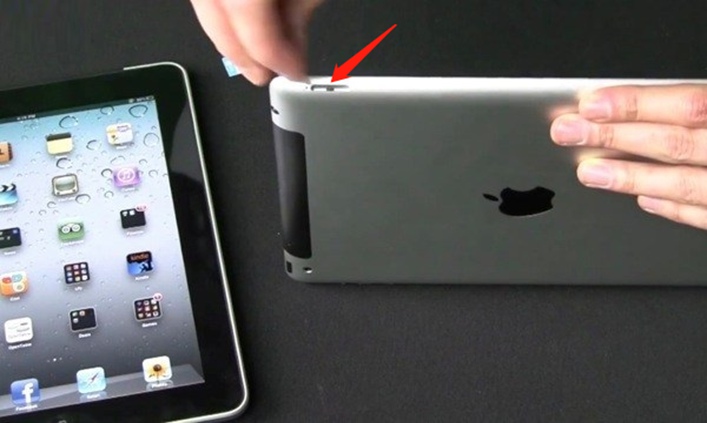 Instead, the cellular iPad model is almost available in every location. Once activating the cellular data plan, you're able to grant Internet access whenever you are out and about. Also, you can seamlessly switch from cellular to WiFi connection or WiFi to cellular at your will.

But it's worth noting that the iPad, whether WLAN or cellular, supports tethering. It allows you to link your iPad with your phone and then utilizes the cellular network on your phone to connect to the Internet.

That said, with your phone that supports cellular network, the WLAN iPad can also make you browse the Internet when there isn't WiFi connection. However, it cannot be applicable for long-distance usage due to the limitation on the availability of connected signal.

In short, the cellular iPad is much more flexible than the WLAN model in network connectivity. 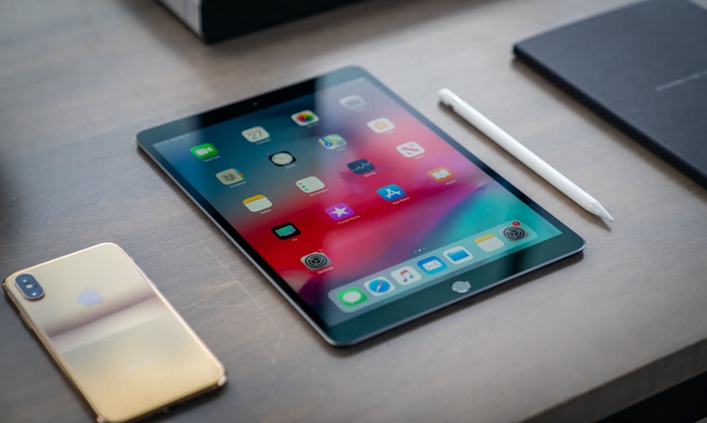 There is another difference between the two iPad models which makes the cellular model outperform - GPS accuracy. The WLAN iPad utilizes WiFi trilateration to track the location. However, you cannot get very accurate location.

Instead, the iPad with cellular comes with an A-GPS chip (GPS antenna) which allows for more accurate tracking of the current location such as maps and navigation. 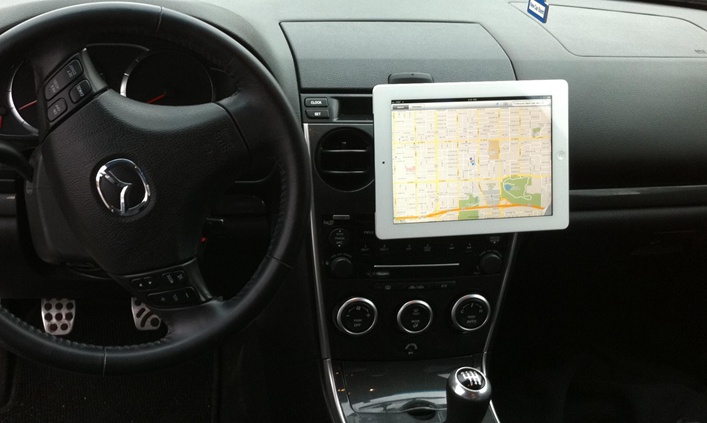 Besides, for the cellular iPad, there is also a monthly fee once it activates the cellular data plan. This cost varies according to different carriers and the required amount of mobile data. However, it's always $5-$15 for each month.

Buying Tips: How to Choose, WLAN or Cellular

Now you must have a clear picture of the differences between the two iPad models. Keep them in mind when evaluating the WLAN iPad to the cellular model. In fact, when evaluating which model you should choose, you need to take their connectivity, usage range as well as prices into account. That is, is its connectivity enough for your usage range? Or is it worth the extra price tag and the extra monthly fee?

Who Should Choose the WLAN iPad

If you rarely use the iPad out and about, consider choosing the WLAN model to save you $130 and the extra monthly fee for cellular plan. This is because if you spend most of your time at home, at work or at school, you are around the WiFi connection offered by the normal WiFi network.

When you are on the go, you can endeavour to get network connections with the help of the available public WiFi hotspots nearby or by using the tethering option to grant network access from your phone when necessary.

Nevertheless, tethering to your phone to get Internet connection isn't great for long-distance usage since the connection will accidentally interrupt when your iPad gets too far away from your phone. Similarly, the WiFi connection using short-range radio will also easily drop once your WLAN iPad isn't within the signal range.

Who Should Choose the Cellular iPad

If you are a person who is always out and about, you should think about choosing the iPad model with cellular. Although the cellular iPad costs an added $130 as well as the extra monthly fee for cellular data plan than the WLAN model, it's worth the additional cost.

An iPad that includes the cellular network plan enables you to get Internet connection everywhere and anywhere there is a cellular signal. That said, This iPad model, once activating the cellular data plan, can have the flexibility of being able to get network connection while on the move.

Moreover, even for one person who will mainly use the iPad at home, the cellular model is, in fact, a good choice. This is because you can turn the cellular data plan on or off at your will. If you stay at home, you can turn the data plan off and switch to your home WiFi network to hook up to the Internet. When you turn it off, you don't have to pay for the mobile data anymore. When you are on the go, you can switch it on anytime, anywhere.

Furthermore, the added GPS antenna is also another bonus the cellular iPad offers. This feature makes the cellular model more brilliant especially for those who would like to get a GPS for their cars, make GPS navigators or browse Yelp to find a nearby location. 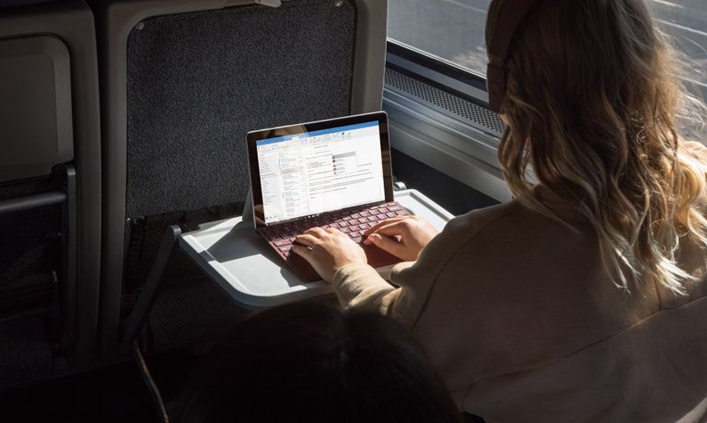 If you are still on the fence about which model you should choose, I would recommend buying the cellular iPad. Although the WLAN iPad costs less, it may be more of a headache than it's worth due to the inavailability in long-range usage.

Instead, although the cellular iPad costs more than the WLAN iPad and incurs an extra monthly fee, it's worth the added cost. After all, it enables you to hook up to the Internet anytime, anywhere and allows for seamlessly switching between WiFi connection and cellular network at your will.