Recently, the most interesting point regarding Apple should be the available update to iOS 14 on all iPhones. This newest iOS version was launched on 22 June at WWDC and now has been available to download along with a plethora of brand-new usability-improving features such as Home screen widgets, App Library and redesigned Siri. Among them, the most notable addition is Apple Translate app, a built-in translate app supporting 11 languages.

Although translate apps have been a staple for iOS for many years, with third-party apps such as Google Translate and Microsoft Translate or with apps couple with translating earbuds, Apple still added its native Translate app in iOS 14 for iPhone.

And the result is that this Translate app is indeed handy and practical for that it's designed to offer 11 languages translations, making it easy to learn new languages or communicate with others in a completely different language.

However, is it really better to use for real-time speech translation than a pair of translating earbuds during travelling abroad or business convention? Well, the following will firstly explore the iOS 14's Translate app and guide you how to use it on iPhone efficiently. Then the above question will be solved as well. Take your time and keep reading. 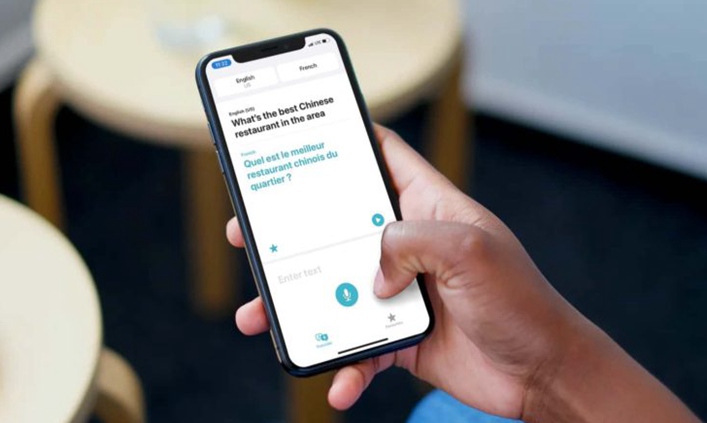 Competition of New Phones in the second half of 2020 is on
Full Instructions: How to Use TWS Bluetooth Earbuds
Mobile OS Review: Top 5 Mobile Operating Systems Comparison
Gaming Headset VS Headphones: How to Choose for PC Gaming

The iOS 14's Translate app is the brand-new feature regarding built-in translation on iPhone. Similar to Google Translate, it enables you to fast translate both text and voice.

In terms of languages, similar to in-ear translating earbuds along with compatible apps on phones, as of now, Apple's new Translate app also supports an amount of languages translation. It allows for translation between any combination of 11 languages including English, Spanish, Russian, German French, Italian, Japanese, Korean, Mandarin Chinese, Brazilian Portuguese and Arabic.

As to the interface, the Translate app features a simple and easy-to-use interface which allows for selecting languages to translate to and from at the top and options to either enter text or speak voice by tapping the microphone icon. Also, tapping the play button on the middle of the interface allows for repeating the play of any phrase or sentences spoken by the app. 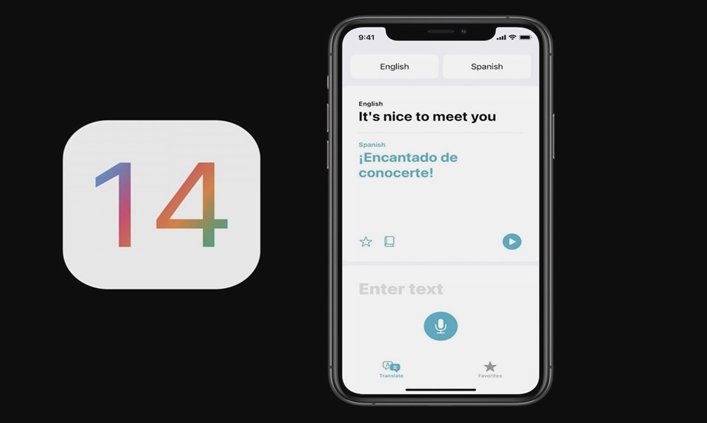 Besides, in order to bring more efficient and easier translation, the Translate app in iOS 14 is full of a number of different useful functions such as On-device mode, Conversation mode, Attention mode, Favorites, dictionary add-on and more.

On-device mode is the mode which allows for offline translation after downloading a language pack in the Translate app. This mode gives iOS 14's Translate app an edge over Google Translate which has long been an automatic option for most and other third-party translate apps along with translating earbuds since it allows for private on-device translation, with Apple having no access to the content translated.

Conversation mode can be seen as the most practical feature of the Apple Translate app. As the name suggests, it allows you to chat back and forth with someone who speaks another language seamlessly. To get to it, just turn your ‌iPhone‌ to landscape mode. Then it'll detect both languages and translate right between them.

Just like translating speeches during conversation by using a pair of translating earbuds, to use Conversation mode to automatically detect and translate which of the two languages is being spoken, make sure the "Automatic Detection"setting at the bottom of the language selecting interface is toggled on. 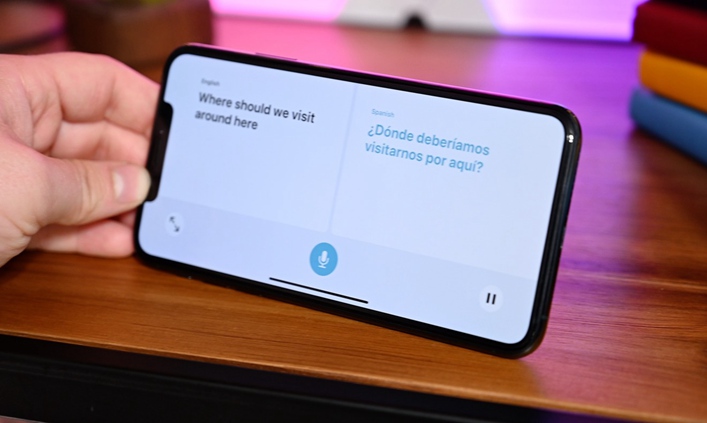 There is another useful mode of iOS 14's Translate app - Attention mode. It allows for showing the translated phrase in large letters in Conversation mode for easier reading. To get to it, just tap the expand icon in Conversation mode. This mode is useful for communicating with someone at a distance when you can't speak his/her language. 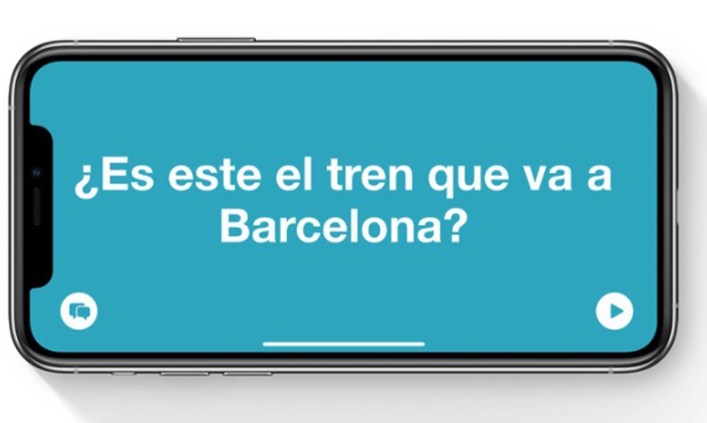 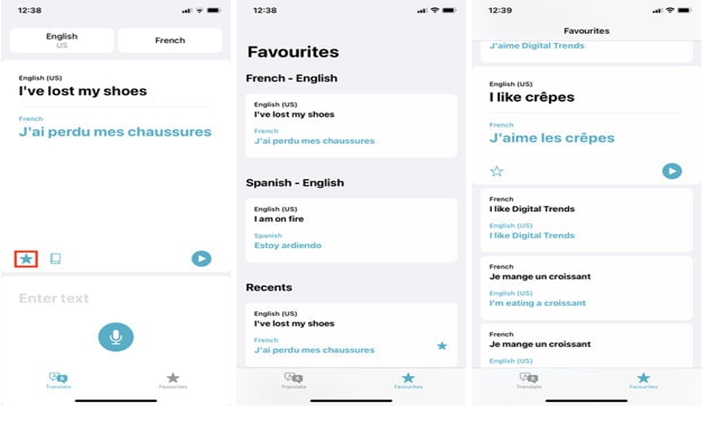 Prior to the translation of  text and speech, you need to decide whether you'd like to use the iOS 14's Translate app online or offline on your iPhone. Keep in mind that offline translation may not be as accurate as online translation. Nevertheless, offline can offer better privacy.

Go to Settings > Translate. Then toggle on the switch for Cellular/Mobile Data. 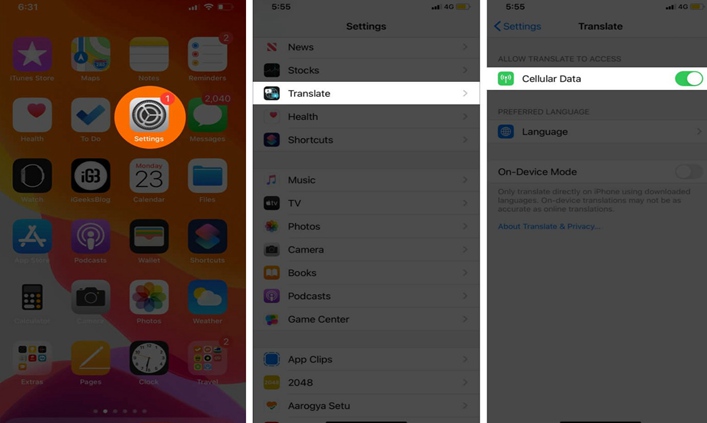 Step 1. Go to Settings > Translate. Then turn on the switch for On-Device Mode. 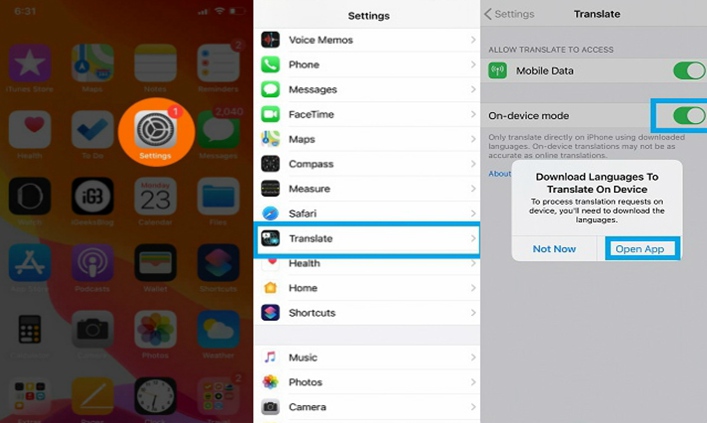 Step 3. Now the Apple Translate app will open. At the top, tap on one of the language boxes. Then on the Languages list, scroll down to "Available Offline Languages" and select the download button next to your desired languages. 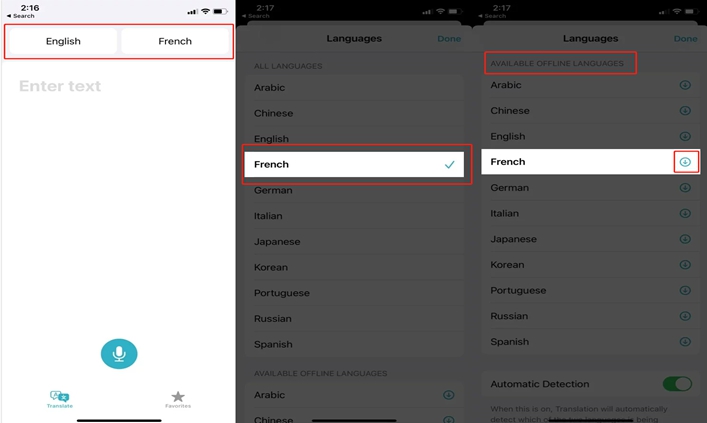 After enabling cellular data/On-device mode, now follow the instruction below to translate text by using iOS 14's Translate app on your iPhone:

Step 1. Open the Apple Translate app on your iPhone.

Step 2. Tap on each language bar at the top and select your preferred languages to translate to/from.

Step 3. Enter the text and then select "Go" at the bottom right corner of the keyboard. After that, you'll quickly view the translation appear right below your native language. 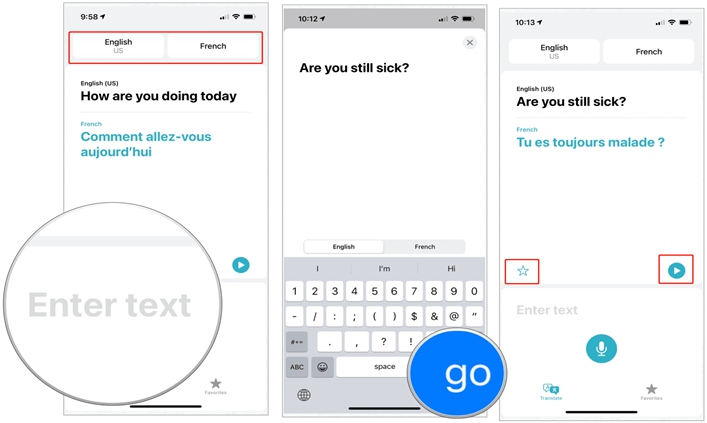 Similar to translating text, you also need to decide whether you want the Apple Translate app to translate online or offline. To enable cellular data/On-device mode, just follow the above instruction.

Now follow the guide below to translate speech on the Translate app step by step:

Step 2. Choose your desired languages that you want to translate to/from.

Step 3. Press the microphone button at the bottom and speak the words you'd like to translate.

Step 4. Unfix the microphone icon when you finish the statement. Then the app will make a synthesized speech which will speak out the translated sentence in the translated language. Also, the translation will indicate on the screen. 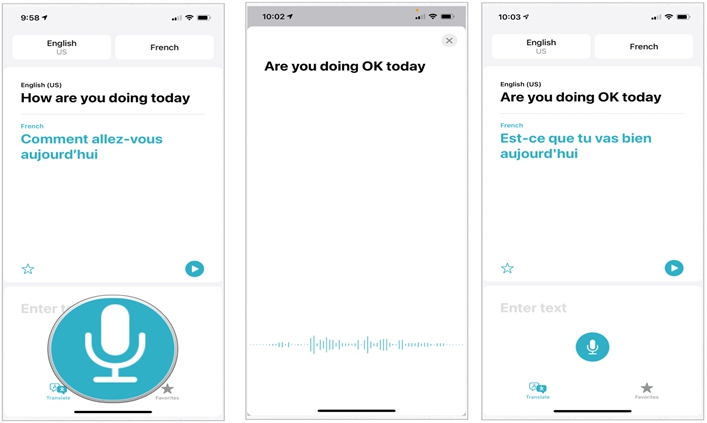 When you're having a conversation with someone, in order to make the speech translation seamless, it's advisable of you to get to Conversation Mode which can automatically detect and translate the spoken language. To get to the Conversation Mode, just turn your iPhone to landscape orientation.

Also, in order to make this mode have automatic detection feature, you need to make sure the setting is enabled by entering into one of the language boxes at the top of the Translate app and scrolling down to toggle on "Automatic Detection".

iOS 14's Translate App: Is It Better than Translating Earbuds

Now you must have a very clear picture of Apple's new Translate app in iOS 14 from features to how-to-use instructions. This Translate app indeed offers high accuracy, excellent privacy and comparatively in-time translation thanks to its all-new features and functionality. For translating text, this app undoubtedly does a great job.

However, when travelling abroad or attending a business convention, the Apple Translate app on iPhone may seem less powerful to help you get more efficient, decent and convenient communication with others who speak other languages than a pair of translating earbuds.

Furthermore, compared to iOS 14's Translate app which speaks out the translated sentence, translating earbuds are more private and decent to use for that they allow for listening to the translated speech via earbuds.

In short, translating earbuds are incredibly useful to be applied in conversation translation and simultaneous translation for travelling abroad and business convention. In fact, they can be chosen to cooperate with the Apple Translate app on your iPhone to make your translation from text to speech seamless.

As Bluetooth earbuds, these 4 models all bring excellent sound quality. The Model BE69 also supports double mark noise reduction, making them efficiently remove surrounding noise. In terms of outer design, they all have fashionable and cool appearance. The 3 generation Macarons model also comes with 6 Macarons colors to select, making them more attractive. Also, they can well fit your ears, making them comfortable to wear.

When it come to charging and battery life, all of the 4 translating earbuds are fast to charge and have relatively long battery capacity of up to 5 hours. Moreover, they are capable of supporting Bluetooth 5.0, which makes them compatible with the latest iPhone version as well as other newest mobile phone versions.

As translating earbuds, they are simple and portable to use and provide accurate, real-time translation. After launching the proper app on your phone, you're able to use them to translate any speech or conversation with no need to hold your phone in hand with a translate app back and forth.

Specs and Price of Model T2S 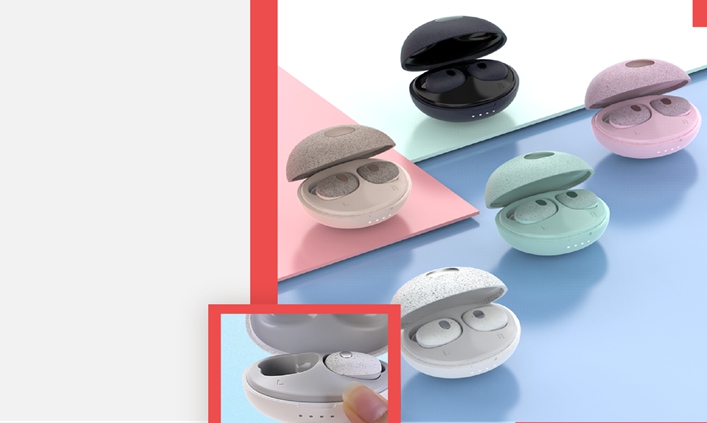 Specs and Price of Model T9S 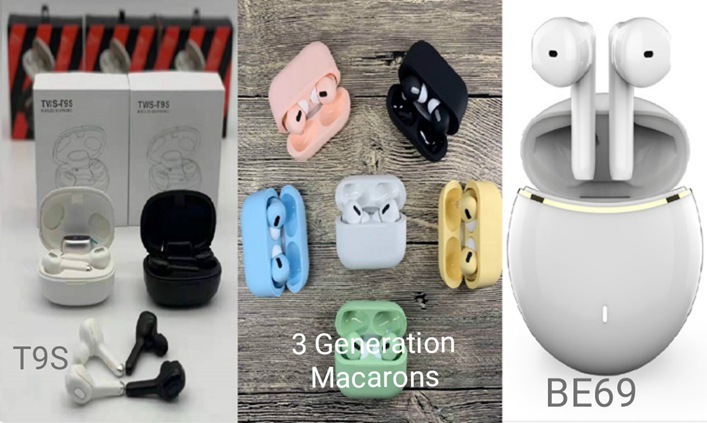 The available download of the iOS 14 brings users plenty of usability-improving features on iPhone. The most notable one should be the Apple Translate app which comes with a plethora of useful translating modes to make translation easier, more accurate and more secure. Using this app to translate both text and speech is simple. Follow the above instructions and then you're able to make the most of the Translate app on your iPhone.

However, using the Translate app to translate speech especially during travel abroad or business convention isn't as convenient and efficient as using a pair of translating earbuds for that you have to hold your phone to press the microphone button repeatedly. Translating earbuds, on the other hand, provide a faster and more convenient alternative to the tradition of holding a phone with a translate app back and forth. After all, they are portable, accurate and provide real-time translation.