Nowadays, as wireless earphones technology develops rapidly, true wireless stereo(TWS) earbuds have been the rage. Among all the TWS earbuds, Apple's AirPods are the most appealing ones which have made runaway hit so far. Ever since Apple has rolled out its fancy true wireless AirPods under the drift of headphone jack-less mobile phones, a large number of companies have followed and introduced much more affordable true wireless alternatives known as i series TWS AirPods.

As for the less expensive AirPods knockoffs, it's impossible to keep all the features the same as the original AirPods, but the fierce war effectively rests with which can be the most reliable one with an inexpensive price tag. Among all the available AirPods replicas, it's the i10 and the i9s TWS earbuds that seem to exceptionally fit the bill. But which AirPods clone is better? Don't be fretful. This article will make a deep comparison of these two pairs of true wireless earbuds in terms of design, audio performance, durability as well as affordability. After that, you'll figure out which one pair you should pick. Keep reading.

AirPods 2 VS AirPods 1: Is It Really Worth The Money?
How to Connect Apple AirPods to Your MacBook
Apple AirPods Pro vs Huawei FreeBuds 3: Which Earbuds Are More Preferable?

Both the i10 TWS and the i12 TWS earbuds are AirPods replicas. Therefore, comparing outer design which is the most noticeable factor is to evaluate which clone is able to remain the design of the original more closely. When it comes to the appearance of the earphones themselves, both the two pairs of true wireless earbuds are almost identical to the pricey AirPods with premium open-fit design. These two pairs are both lightweight and shaped perfectly to fit in the ears in comfort. At this point, both pairs of earbuds do a great job.

Another difference in the charging cases of these two pairs lies in the charging port. The i10 TWS earbuds have a USB Type-C charging slot at the bottom side of the charging case while the i9s TWS go with an updated Micro USB port. That is, both pairs don't have the same lightning connector as the AirPods. Nevertheless, it seems that the i9s true wireless earbuds owning a Micro USB port which is as small as the lightning connector are more resemblant to the AirPods.

Taken together, in terms of the outer design, it's the i9s TWS earbuds that win the battle since they resemble the original luxury Apple AirPods more than the i10.

Both the i10 TWS earbuds and the i9s TWS earbuds are powered with the latest Bluetooth 5.0 which makes the connections to your Bluetooth devices barrier-free with the range of up to 10m. Although both pairs cannot achieve the same level of connectivity as the Apple AirPods (up to 50m hassle-free connection), they still work well and ensure the smooth connection within available range. Nevertheless, there are some variations in the connectivity sector between the two pairs.

The first difference rests in if the connection to your Bluetooth mobile devices is automatic or manual. The i10 TWS earphones require you to get them connected to the designated mobile device by manually pressing and holding the power button on the right earphone for 10 seconds. And it's worth noting that even though the i10 earbuds don't require pressing on both earbuds to get connected to the Bluetooth device, the left earphone cannot work without its counterpart. As for the i9s TWS, in order to get them connected to your mobile device, all you need to do is take them out of the charging case and then wait for the automatic paring and connection.

Also, both pairs have difference in the usage of the earphones. As is mentioned earlier, the left earphone of the i10 TWS is useless without its counterpart. This causes the i10 not to work with several mobile devices at the same time. However, like the AirPods which can connect to several mobile devices simultaneously, the i9s TWS earbuds are able to get connected to 2 devices at the same time. Also, the earbuds of the i9s can be used in pairs or separately.

In this way, the i9s TWS earbuds are the way to go since they can be connected to 2 Bluetooth devices automatically at the same time just like the Apple AirPods.

Just like normal wireless earphones on the inexpensive side, the i10 true wireless earbuds only adopt a single microphone for phone calls in either side. However, the super cheap i9s TWS earbuds are unexpectedly powered with double V5.0 technology which means that there are double speakers picking up in both ears while making a phone call. This technology brings you high call quality when you make phone calls. Therefore, in terms of call quality, it's the i9s true wireless earbuds that outperform.

As to the sound quality, both the i10 and the i9s TWS do well. Both pairs offer good audio quality with the balance of the bass and the treble. Also, they both are powered with the feature of active noise cancellation which greatly enhances the sound quality. Although the two pairs on the cheap side of the pay scale can't really compete with the original AirPods which offer crystal clear sound quality, they do bring good audio experience. 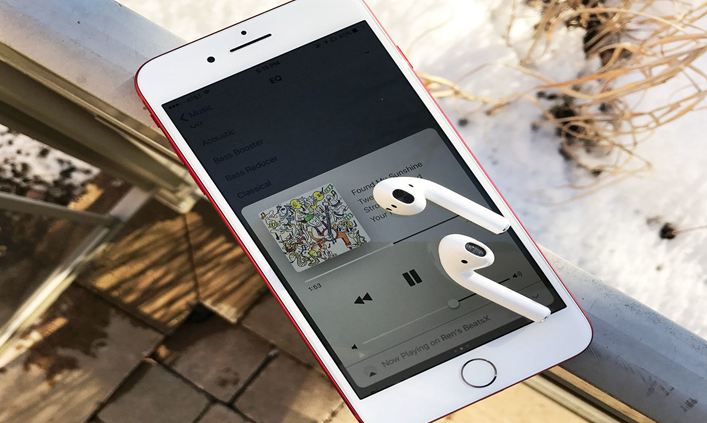 When evaluating true wireless earphones, battery life is one of the most critical factors to consider. When it comes to the battery life, the i10 TWS earbuds provide you with a battery capacity of 55mAh while the i9s ones top with 250mAh. As to the battery performance, the i10, when fully charged, can be used to play music for around 2.5 hours and to make phone calls for around 2 hours. However, the i9s TWS outperform the i10 by offering 3 hours of music playback available to the users.

Both the i10 and the i9s TWS earbuds are water-resistant. Both pairs come rated IPX6 which means that they can easily prevent from light water exposure in all directions. But you should notice that they still cannot handle intense water pressure especially during swimming. Being water-resistant with IPX6 rating becomes the touting point of both the i9s and the i10, which even seems to have a upper hand over the Apple AirPods which have no water-resistant rating.

One of the most essential factors affecting the purchasing decision is the price. So let's have a look at the prices of the two pairs. The i10 TWS earbuds go for around $55 while the i9s are only priced at around $15. Similarly worth some powerful and amazing features like Bluetooth 5.0 and active noise cancellation, both pairs of earbuds are unexpectedly affordable. However, the i9s TWS earbuds are much more affordable.

Which One Pair Should You Pick, the i10 or the i9s TWS?

It's manifest that both the i10 and the i9s TWS earbuds are good choices for those who are pursuing for the AirPods alternative at a budget. However, to answer the question of which one pair is better for you to pick, the i9s TWS is unquestionably more worthwhile to buy over the i10. This is because the i9s earbuds go the extra mile in offering you remarkable design, decent audio performance, convenient connectivity and better battery life at a much more affordable price. Now, just get your hands on this worthy alternative.