News TIPS
Headphone Jack: What is It And How Does It Work

Nowadays, wired headphones have been the portable necessities almost for every individual. In the streets, you can easily see people wearing headsets in all directions. However, we seldom notice one of the most important parts of them - headphone jack. If you have interest in it, you've come the right place. This article is going to make you clear of headphone jack by pointing out what it is and how it works. Keep reading. 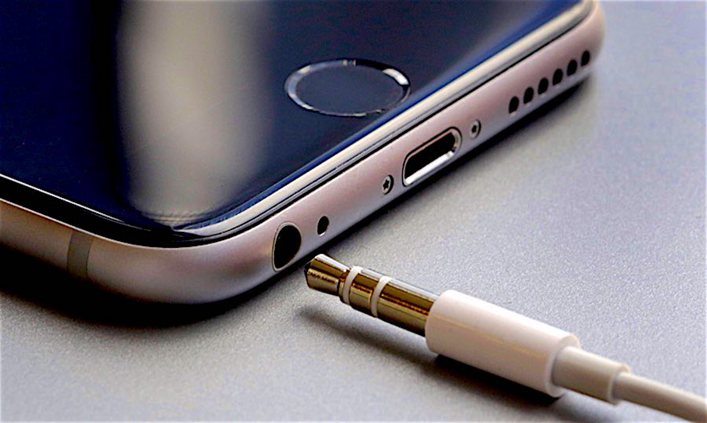 Is Your Bluetooth Headset Qualified after Cancel Headphone Jack?
Risks You Should Know When Wearing Headsets

What is Headphone Jack?

Headphone jack, also called audio jack, phone jack or jack plug, is a small round phone connector typically used for analog audio signals. It is a pin-shaped plug on a standard pair of audio headphones. It has been used both on portable mobile devices like cellphones and smartphones and on non-portable equipment such as TV and home theaters. 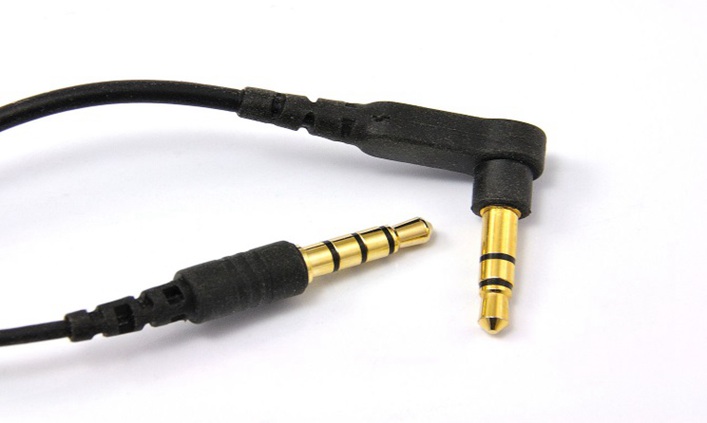 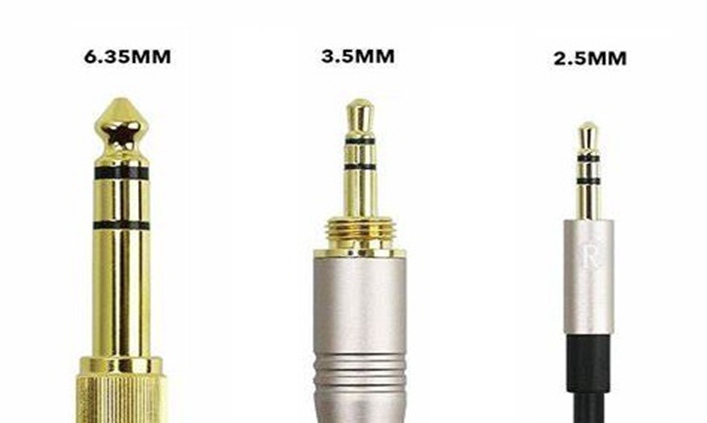 6.35mm headphone jack, also named quarter-inch Jack, means that the  approximate diameter of the headphone jack is 6.35 millimeter. It was originally utilized in old-styled telephone switchboards and for connecting headset, handsets, and microphone into communication circuits. As for the audio sound function, it basically support either mono or stereo sound.

What is the 6.35mm Headphone Jack used for?

Today, headphone jacks with 6.35mm diameter are still best for some audio areas. They are the standards of music studios and musical equipment. Compared to other types of headphone jacks, 6.35mm headphone jack is more durable and solid and thus can be used in many different environment. Here are some uses:

* Amplifiers or AV Receivers: It's always exploited to connect earphones to the amplifiers and AV receivers since it's more rugged.

* Musical Equipment: Mono function owned by 6.35mm headphone jack makes it comfortable to work with some instruments such as guitars, synth and keyboard.

* Stereo Usage: The stereo version of headphone jack with 6.35mm diameter can also be used as a stereo cord which makes the audio source be transmitted to more natural and animated audio.

The most common and standard sort of headphone jack is one with 3.5mm diameter which is also called mini-jack. It is the smaller version of the original quarter-inch jack, which also remains in widespread use. Just like 6.5mm headphone jack, 3.5mm also support mono and stereo. However, another function that a 3.5mm headphone jack has is microphone which supports call making.

What is the 3.5mm Headphone Jack used for?

Unlike 6.5mm jack which would be too large for portable devices, headphone jack with smaller 3.5mm diameter is suitable for portable consumer electronics. Here are some use cases:

* Smartphones: The majority of smartphone manufacturers make their mobile phones to be compatibly connected to 3.5mm jacks of ordinary headphones and earbuds.

* Computers, PC and Laptop: 3.5mm is also the ubiquitous audio jack used for computers, PC as well as laptop.

* Digital Audio Players: Audio players like cassette players also use this configuration. 3.5mm earphone jack is a perfect fit for these audio players.

* Make Calls with Microphone: A 3.5mm headphone jack also has the function of microphone by which you can make calls easily at your will.

2.5mm headphone jack, also referred to as sub-miniature jack, is the smallest type of jack. There are still some headphones particularly making use of 2.5mm jack although it is not as common as the 3.5mm. As with 3.5mm, 2.5mm headphone jack also supports microphone and speaker audio.

What is the 2.5mm Headphone Jack used for?

Headphone jacks with 2.5mm diameter are always utilized on devices for communication like mobile phones, two-way radios, and wireless phones.

How Does Your Headphone Jack Work?

Now I believe you have a clear picture of what headphone jacks are as well as which types they can be divided. However, how do these headphone jacks work on earth? What are their formations and functions? Read on to find out.

The reason why audio sources from electronic devices can be transmitted to headphones lies in the main point of the earphone jack - the plug itself. It's the audio plug at the end of the headphone wire that takes effect. Once the plug is inserted into the socket of mobile phones, if the plug can work, you'll listen to whatever you want from your phones. Now let's have a understanding of the formations and functions of headphone jack.

As to the formations of headphone jacks, they can be formed by three approaches including TS, TRS and TRRS. Due to these different formed approaches, you can hear mono and stereo sound or both. Mono means that you can only hear a single audio channel which has no left and right. Stereo transmits the audio source through two channels which grants you a more vivid and natural sound with two dimensions.

TS is the abbreviation of Tip and Sleeve. Tip and Sleeve are descriptions named according to the actual construction of the contact points on the plug. Tip handles the left audio channel which is insulating. Sleeve typically serves as the Ground. TS is mono headphone jack for it has only one single audio channel.

If you cut off your earphone cord, you'll find that the headphone jack are actually about wired circuits. In TS audio jack, there is one copper wire ground sheath wrapped by one blue wire. (copper, silver or gold wires are usually ground wire; blue wires are usually left audio channel) 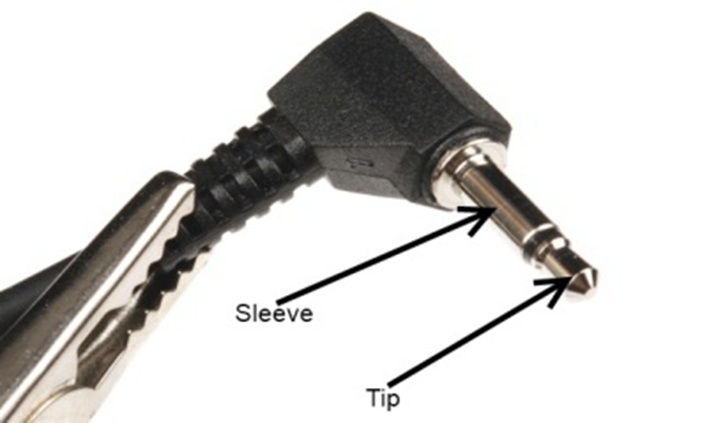 TRS headphone jack refers to a audio jack which is portioned into three parts - Tip, Ring and Sleeve. Headphone jacks with the construction of Tip, Ring and Sleeve commonly have 3.5mm diameter. TRS earphone plug are always found on standard headphones that support stereo sound but don't have a microphone. That is, TRS supports stereo sound but doesn't support microphone which make no phone calls with headphones.

On TRS audio jack, there are two colored insulating rings on the shaft, with the Ring in between. The Tip handles the left audio channel while the Ring handles the right channel. At the end of the plug, Sleeve functions as the Ground.

Suppose you could see the internal environment of a TRS headphone jack, you would find that there are signal circuits connected by different colored wires which serve as different functions. Usually the red wires handle the right audio channel while the blue wires are the left audio channel. Black, silver or gold wires are the ground wires. 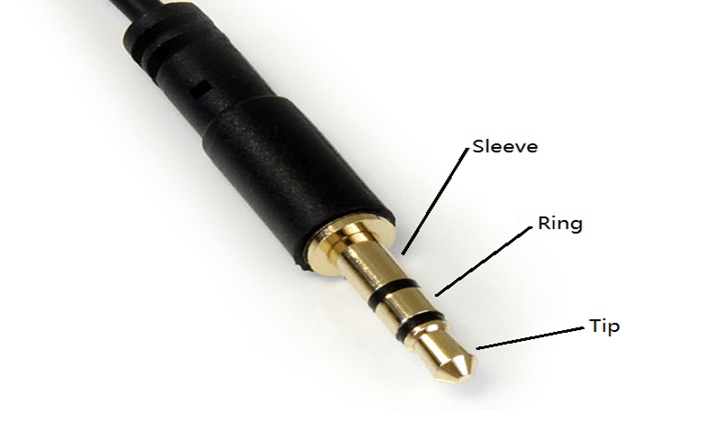 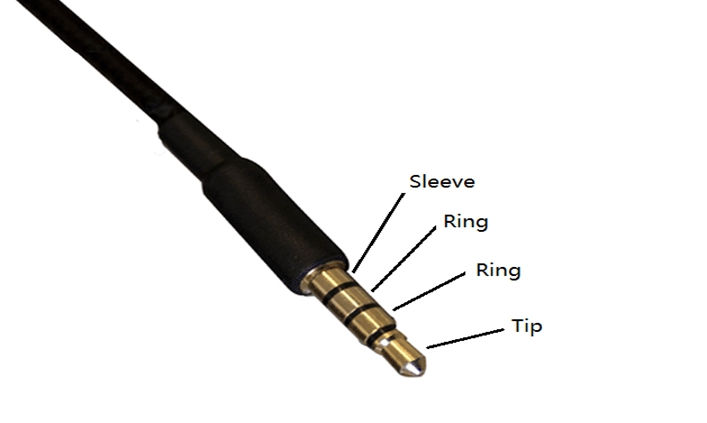 Now the original questions regarding what headphone jack is and how it works are figured out. It's surprising that the simple small part on daily-used headphones has presice constructions inside and plays a great role in handling all kinds of  audio signal transmission. By the way, although it's been clear for some time now that phone vendors care much more for wireless bluetooth headsets, headphone jack is still a surprisingly piece of technology that is worth using. Hope you enjoy this post.