News HOW TO
How To Increase the Memory on Your Smartphone

We all benefit from the widespread usage of smartphone, nevertheless, limited storage and the slowing down of operation has always been a headache for us. So to combat this ongoing cat-and-mouse game between users and their smartphones'memory, we've put together a few hints and tips that will help free up some valuable space and keep it running efficiently. 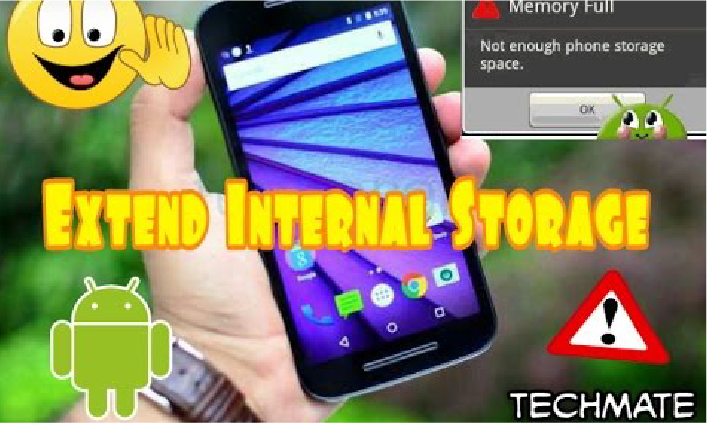 As we all know, there are two main systems in the mobile phone industry. One is Apple’s self-developed iOS system, which is smooth and slowing down seldom appear after being used for a long time.

Its counterpart, however, has been criticized by many consumers for the longer time spent on the mobile phone, the more obvious the lag is. Not to mention that the phone storage is almost full.

Even though the optimization of the current Android system is good, that slow operation can still be found after a long time of use. Before we bring out the solution, you should know how the slowing down may look like.

In general, there are three types of phone lag.

1. The Slowing Down of Launcher

Apart from Google’s own brands, Nexus and Pixel, almost all Android phone brands will not employ the native Android system, rather, they may use MIUI, EMUI, Flyme ColorOS, Smartisan OS and other autonomous systems. 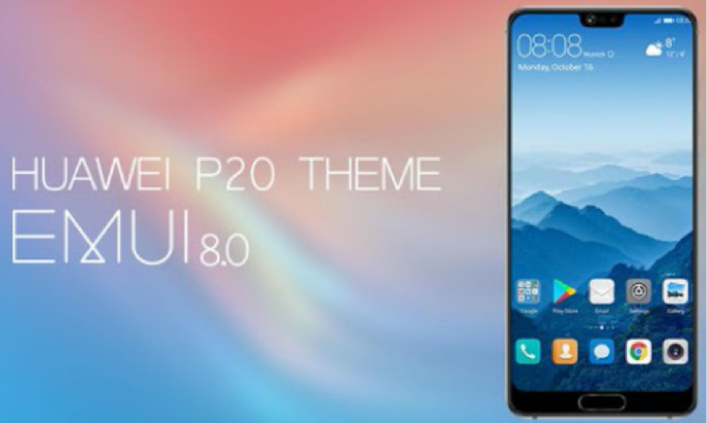 It is not correct to call them ”system”. In fact, they are all tinkering on the basis of native Android and there is a special item for them-the Launcher.

In most case, the lag of the phone will present as the Launcher’s slowing. For instance, the slide is not smooth, there is a delay when the menu is pulled down and the lag will also occur when switching to the system setting function.

2.The Lag of App Start-up

The function of the smartphone is reflected in the countless apps, but the times from clicking on the icon to entering the app interface varies, and the long-lasting one may let us feel the system is lagging. 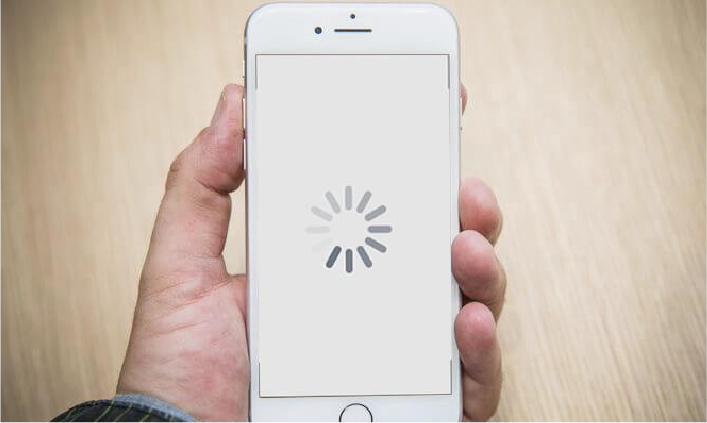 3.The Lag of App Operation

This kind of lag can be felt especially in playing games. Nowadays many apps are optimized for multi-core, so more cores and better the performance of the processor can reduce the risk of lag due to insufficient CPU performance. 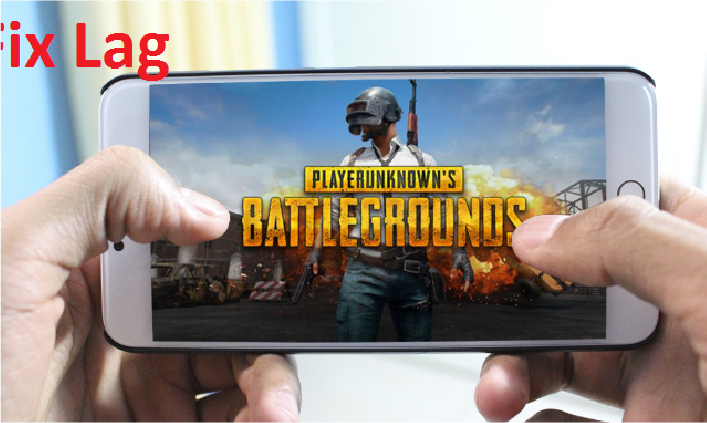 For 3D games, the resolution of the mobile phone screen and the performance of the processor integrated GPU are the more critical indicators.

How to Free Up Phone Storage

After introducing the varies lag of mobile phone, you may wonder how to free up storage on Android , so here are the 4 effective methods.

It will create lots of trash after going online. As time goes by, the lag of your phone will become more and more obvious. So we need to develop the habit of cleaning up regularly, whether it be built-in function or the third party process. 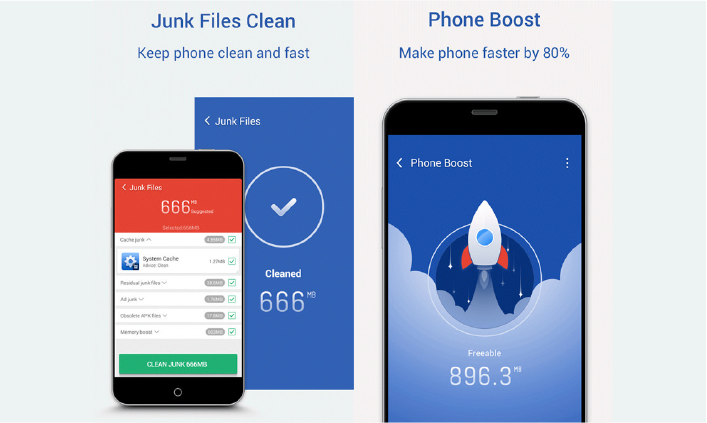 Please note that some trash can not be cleaned directly by means of cleaning tools so we need to clean it manually. You can find the corresponding storage location in”File Management”. If you find some unnecessary files, you can clean it up directly. 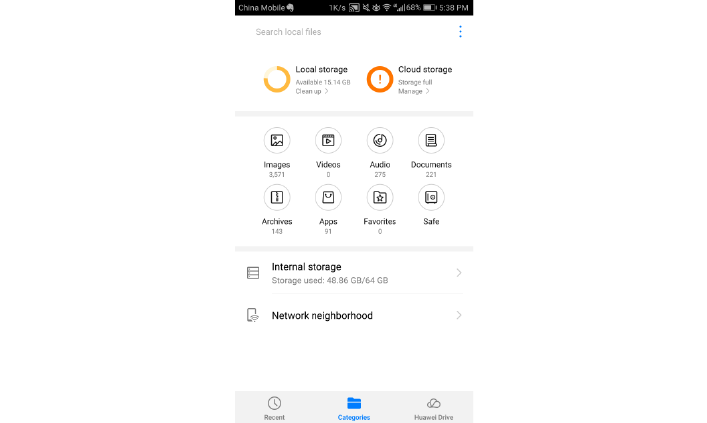 When installing an app, the system will ask if the right to use a feature is granted to the app. Some people tend to choose ”Agree” directly for convenience. Nonetheless, this will lead to activating the function of camera, recording, etc. while the app is running. In most case, those functions are of little use and they can put a heavy burden on the system. 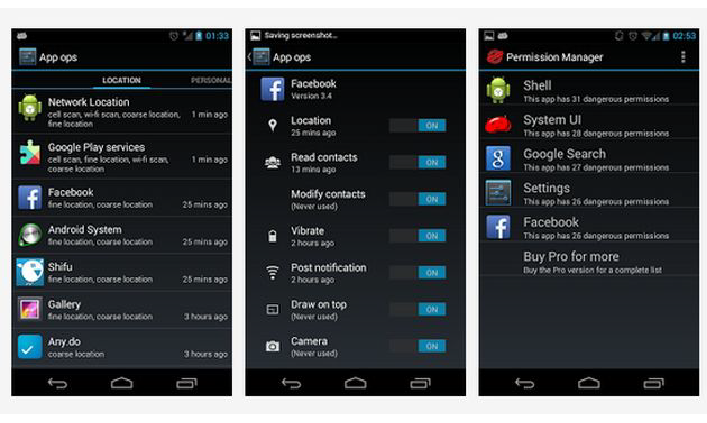 You can find the “permission manager” item in the “Settings” of your mobile phone and turn off some permissions unnecessary, thus speeding up the operation of the cell phone

Generally speaking, both systems and apps are in a process of continuous optimization. And the updated version will have more powerful features that can help improve the speed of the phone. 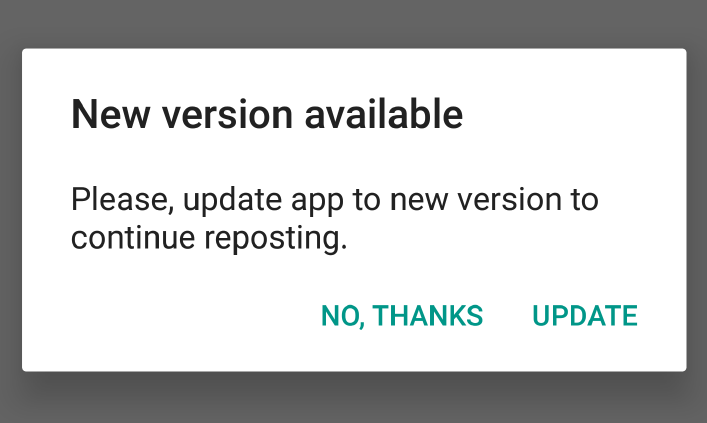 In addition, some apps’ newer version will become lighter, which can save some memory. Of course, not all the latest version is the best and almost every app will have multiple versions, you can choose the one which can answer your needs better and be more conducive to mobile phone operation.

As a matter of fact, you don’t need to download a specific app when you are in search of a certain function. If the installed app has the relative function, you can make the most of it instead. When there is no need to use multi-function, you can turn to a smaller and lighter one. For example, you think that Sina Weibo has taken up too much memory, then you can replace it with international version. 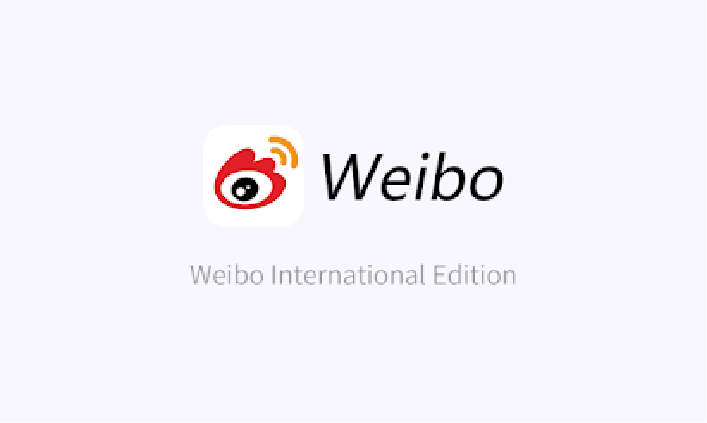 Many people may choose a cell phone with large storage when purchasing, however, it is inevitable that it will be limited over years. No worry any more. Using the tricks mentioned above can save the memory space of the mobile phone while maintaining the functionality and efficiency of the phone to a large extent.