In the continuous comparison of LCD vs OLED display technologies, it seems that the awesome-looking OLED display overshadows. Indeed, with individually-controlled LED pixels, the OLED display can deliver better viewing experience such as higher image quality, higher color contrast, richer colors, better viewing angles as well as faster refresh rate than the average LCD. Also, with the light and thin feature, it also brings the powerful fingerprint touch functionality towards users.

However, it's also the fact that this shiny technology also owns a few quirks which make it a little bit eclipsed. One of these is burn-in. The fact is that OLED smartphone displays are susceptible to burn-in which will ruin your screen-using experience. The support pages of both Apple and Google's Pixel show that burn-in can potentially happen. Since burn-in is a real possibility with your phone's OLED display, you must want to know more about it and even find ways to avoid it for your better screen viewing experience. Don't fret. To settle your concern, this article is going to explore what burn-in is, why it happens as well as offering some helpful tricks on preventing it for you. Keep reading. 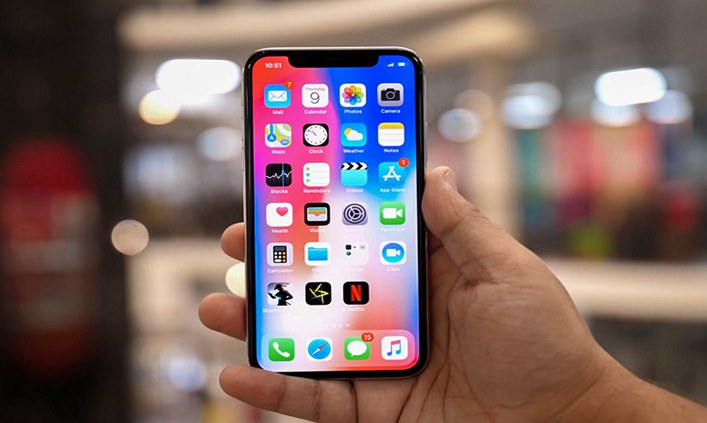 You May Also Take Interest in:

Smartphone Display LCD VS OLED: Where Does the Difference Lie in?
90Hz Refresh Rate Phone Displays: Is It better than 60Hz?

What Is Display Burn-in

It's worth noting that the term "Burn-in" isn't used to describe the actual burning of smartphone displays. Instead, it, also known as image retention, refers to a display which is plagued by permanent discoloration across any part. That is, the display is still able to work, but there is a visible ghost image or discoloration that sticks permanently when the display is on. Even when the content on the display changes, the ghost image is still noticeable. The ghost image on a smartphone display can be the form of a text, a picture, a kind of faded color or any other visible patterns or pitches. But normally screen burn-in on smartphones is most relevant to the navigation buttons and the notification bar which are displayed most frequently.

In fact, burn-in on OLED smartphone displays can trace back to the issue of the old CRT monitors where phosphor compounds releasing light to create images fade over time. However, OLED burn-in is not as bad as the old CRT problem. By the way, this similar issue can happen to LCD smartphone displays as well. Nevertheless, the chance is extremely rare owing to the approach LCD displays are formed. 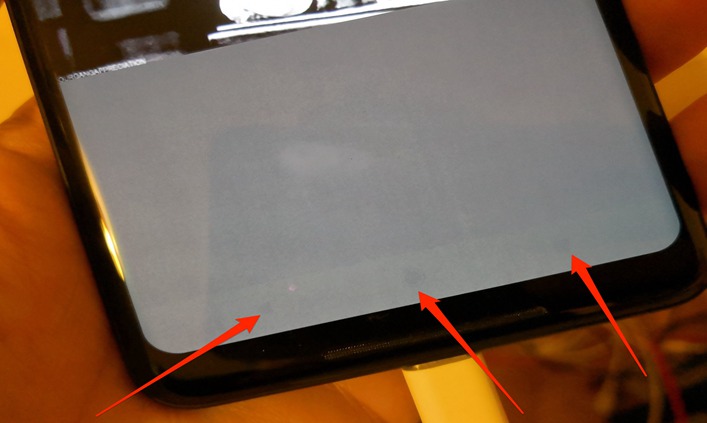 Why Does Burn-in Happen on OLED Smartphone Displays

As the above information shows, the burn-in on OLED smartphone displays is usually led by remaining a static image on a display too long. But why can the long-time remaining of a static image on a OLED screen cause a ghost image even when the content on the screen changes? Well, this lies in the varying lifespans of the OLED display's independently light-producing LED components. Different from LCD displays which rely on separate backlight to emit light, displays that use OLED are capable of emitting light independently due to the three kinds of self-luminescent LED subpixels including the red, the green and the blue ones. However, it's the different lifespans of these LED subpixels that make OLED displays susceptible to burn-in.

All light-emitting components of a OLED display will change in brightness as they age, leading to panels color reproduction shift. If some of these parts in one area are used more frequently, they will shine for a longer-period of time and in turn degrade faster than other parts in other areas, leading to a variation in color reproduction. This can gradually make the colors of the display in this area alter more than in other areas, eventually remaining a ghost image behind.

As is mentioned earlier, navigation buttons and the notification bars are those areas on the OLED displays which are most likely to suffer from the burn-in issue. This is because these areas always consistently indicate almost one color of patch, icon or text for a long period of time, while the rest of the screen often shifts the colors randomly along with the content changes. That is, due to the difference in using frequency as well as in aging rates, there is a variation in color reproduction over time between these areas and the rest of the screen, causing a ghost image behind these areas. This is what we called "Burn-in".

Due to the lower light-emitting efficiency, in order to keep the same brightness as red or green, a set sized of the blue subpixel has to be supported by higher current. However, higher current being used drives the blue subpixel to age faster and cuts down its performance and lifespan, eventually making the display lean towards the red and green colors. Thus, if one area of the display consistently indicate a blue or white image too long, the blue subpixels in this part will age faster, eventually leading to burn-in. 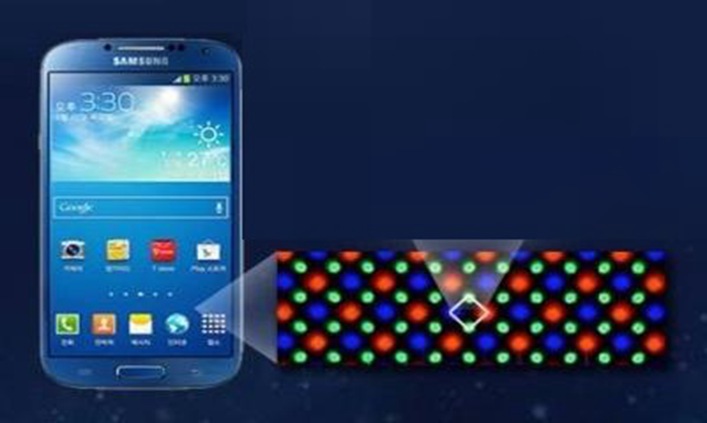 How Can You Prevent Your Smartphone from Burn-in

* Lower the Brightness of Your Screen

The higher the brightness, the shorter the display's lifespan. This is because higher brightness of a display needs to be driven by more current, which causes the faster aging of the LED pixels. Therefore, you need to keep the brightness of your screen low in order to increase the lifespan of it. 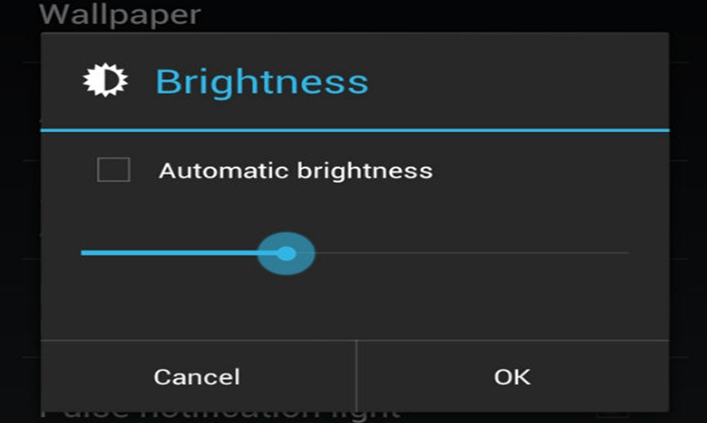 Shortening the time your screen stays on is also helpful to prevent burn-in issue. On the one hand, the less time your screen is on, the longer its lifespan. On the other hand, keeping the screen off now and again can prevent the static images from being indicated frequently, which constitutes a beneficial effect on avoiding screen burn-in.

If available, use Immersive Full-Screen Mode for your display. Immersive Mode enables your display to hide the top and bottom bars so that the static icons of these bars won't be indicated frequently. When needed, you're able to regain the bars by simply sliding the lines from the top or bottom of the screen. By avoiding remaining static images on the notification bars or navigation buttons for a long period of time, you're able to avoid the possibility of burn-in. 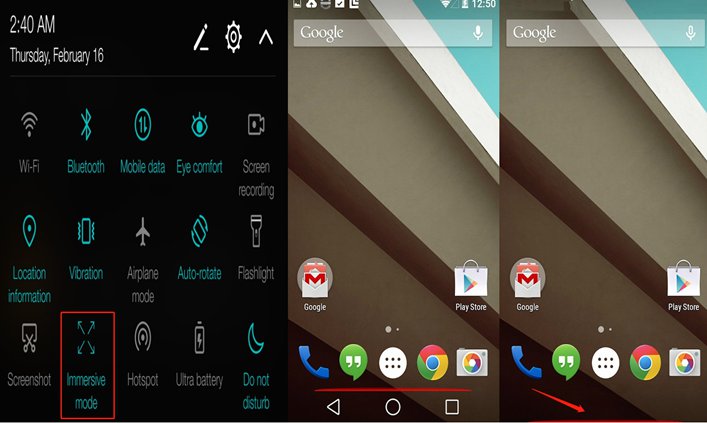 OLED smartphone displays consume very little brightness when indicating with darker colors especially black color. This can, on the one hand, improve the lifespan of the displays. On the other hand, when the wallpaper is displayed with black color, your screen can avoid being plagued by burn-in. Also, changing the wallpaper of your screen with darker colors frequently can also prevent it from the dreaded burn-in issue.

To prevent burn-in in the lower part of your display, you can use OLED-friendly keyboards which offer darker themes. By using the keyboards with darker themes, in addition to avoiding burn-in in your screen's lower part, you're also able to improve the battery performance for your smartphone. 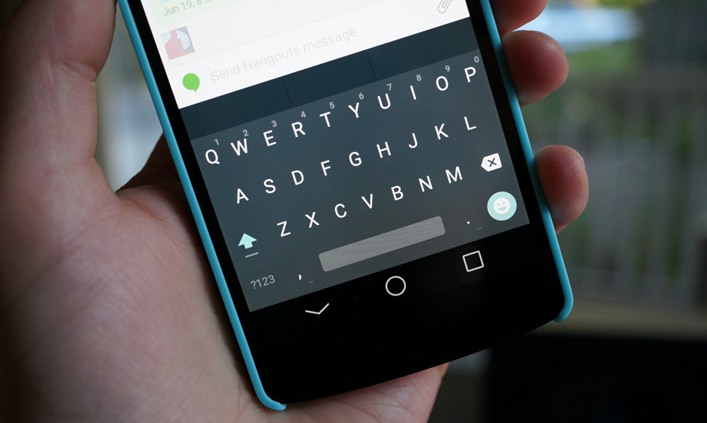 * Use OLED-Friendly Launcher If Possible

Generally, the default launcher of your smartphone isn't definitely OLED-friendly. It always drives the wallpaper on your screen to white color which is the most likely color to cause OLED burn-in. Therefore, where available, choose a launcher that allows your screen in darker color and offers App Drawer as well as better customization options.

It's the fact that your OLED smartphone display is susceptible to burn-in. But don't be too panic. It's more of a nuisance than anything genuinely horrible. Nevertheless, you need to know how to avoid it since the possibility still exists. Now just use the helpful preventative tricks to prevent burn-in from your OLED display for better screen experience.